Customer Story: Roddy Broke a Tooth at the Beach 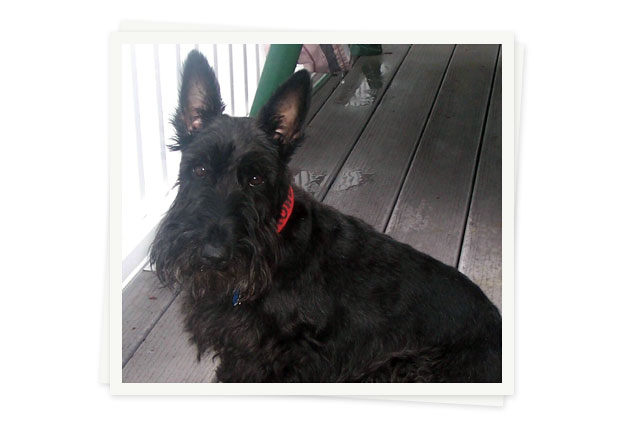 “Roddy, my 13-year-old Scottish Terrier, has played on the beach since he was a puppy. He especially loves to chase soccer balls with children. One day a group of men were playing bocce and, having no idea that bocce balls are extremely heavy, Roddy swooped in, grabbed one and took off down the beach. In doing so, he broke a big molar. The broken tooth was removed under general anesthesia by breaking it into pieces and surgically removing them. Roddy came through the procedure fine, but the veterinary bills were in the hundreds of dollars. Roddy’s ordeal was a lot less painful for me with his ASPCA Pet Health Insurance plan covering most of the bill!” –Brooke R., Gloucester, MA