The Right Coverage For Your Cat

We admire cats for their independence. Our sassy feline friends do as they please and never let danger stop them. It’s as if cats think they really have nine lives, often eating things they shouldn’t, leaping from perilous heights, and darting out the door onto the busy street. And like us, cats can catch the flu or have a hereditary condition.

We designed Complete CoverageSM to be everything you’d want and expect from a cat insurance plan when your cat is hurt or sick.

When you add Preventive Care to your plan for a little extra per month, you’ll be reimbursed up to a set amount of money for services that help protect your cat from getting sick, like vaccines, screenings, and spaying/neutering.

Get a quote for cat insurance.

We don’t have a network, so your cat insurance plan will cover care from any licensed vet, specialist, or emergency clinic in the U.S. or Canada.

Start coverage before your next vet visit. Get a cat insurance quote today.

A Tail for Further Example

Mitten the kitten was very excited about her newly-discovered jumping prowess and decided to show it off with a daring leap from the banister. She had a bad landing that resulted in a back leg fracture and a $4,500 vet bill.

After meeting their annual deductible of $250, Mitten’s parents received $3,825 for the bill, based on their reimbursement percentage of 90%.

Several months later, a recovered Mitten worked up an appetite romping around the house. She had her toy mouse as a snack, which lead to a $6,000 foreign object removal surgery. Since they already met their deductible, Mitten’s parents were reimbursed $5,400.

Not long after, Mitten caught an upper respiratory infection. The diagnosis and meds cost $500. Mitten’s parents received $450 for their claim, and Mitten was back to her usual mischief in no time.

Note: This is a fictional story based on treatment costs from common claims. The story is meant to demonstrate how reimbursement works with Complete CoverageSM.

Here’s What Other Pet Parents Are Saying...

Excellent - I'd give them 6 stars if they let me.

ASPCA Pet Health Insurance is fantastic! After paying close to $700 in vet bills, I was informed that pet insurance was an option that would drastically reduce my out-of-pocket payments. I make very reasonable monthly payments and don't have the stress associated with worrying that my kitty will need a visit to the vet that will break the bank. I've also received several calls from representatives just checking in and asking how my kitty is doing and how their service is. As someone who works in a customer-service-type role, this type of "check-in" is so crucial and much appreciated! I've definitely recommended ASPCA Pet Health Insurance to multiple friends.

ASPCA Pet Health Insurance is truly amazing & worth the investment. It's easy as 1,2,3 to submit your pet's statement for reimbursement.....and you get your check in the mail shortly after. I have not an ounce of negativity, only positive words!!!

Very satisfied! Took my cat to the vet recently, and the claim was processed in a timely fashion. And, the customer care is excellent!

Get a quote for a cat insurance plan.

Get a new quote! 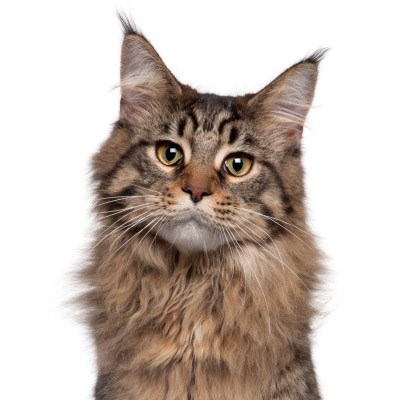