Customer Story: To Burp is Divine 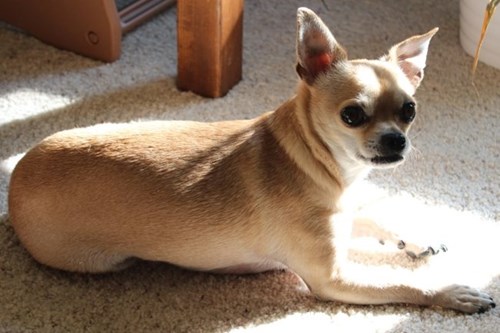 “We placed Rebecca’s food in front of her in the morning as usual, but she placed her tail between her legs and began to shake and scream. She cuddled up between my legs, so I picked her up and reassured her by patting her on the back. She then burped and began wagging her tail. I put her down, and she began to eat her food normally. We recently took her to the veterinarian about this behavior, and we think it has something to do with her heart murmur. When she gets excited she gulps air, which seems to create the unwanted gas. We’ve have been trying gas relief medication to help relieve the issue.” –Michael R., Reno, NV