A Purrfect Pair: The Tail of Fred and George 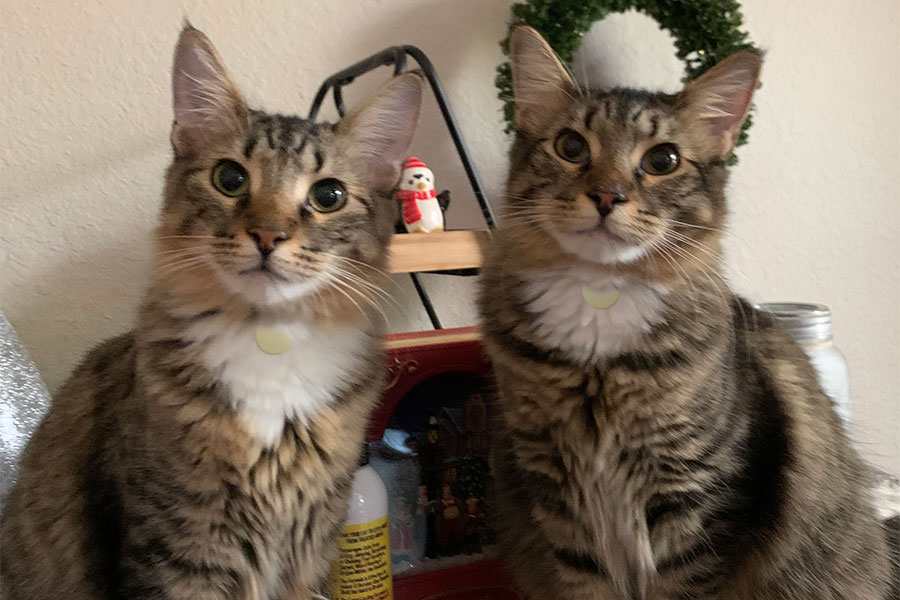 Being a pet parent is a rewarding role filled with unconditional love. The story of our customer Christine and her two cats is a perfect example. After receiving her testimonial about how her pet insurance has helped her provide necessary care for her cats, we connected with Christine, one of our long-time policyholders, to further discuss why she values her pet’s coverage.

A Tale of Two Cats

Pets have always been an important part of Christine’s life, so soon after one of her four-legged friends passed, she and her sister decided to visit their local animal shelter. Christine was there just to look around, but a few of the felines in the first cat room caught her attention. They were siblings, only a few months old, and they looked as cute as could be as one was napping, and the other was sitting on a chair.

Christine and her sister continued looking through the various cat rooms, spending time with the other adoptable cats, but her sister couldn’t help but continue talking about how cute those first few felines were. They went back to look at them again and, in the spur of the moment, decided to adopt both.

The twin cats, Fred and George, were easily welcomed into their new home, and they quickly became members of the family. Even their canine sibling, Loki, fell in love with his new best friends within no time at all.

Having previously worked in a veterinary office, Christine already knew she wanted to sign her cats up for a pet insurance plan. Not only for peace of mind in case an incident were to occur but also for the added financial assistance—she was aware of how expensive some treatments and veterinary bills for unexpected accidents and illnesses could be.

After researching, Christine knew that the ASPCA® Pet Health Insurance program was the right choice for her and her pets. She liked that the plans were customizable. Not only could she select an accident-only plan or an accident and illness plan, but she also had the option to customize her annual deductible, annual limit, and reimbursement rate.

As it turns out, Christine was well-prepared by signing her cats up for a pet insurance plan so quickly. A short time after bringing Fred home, he accidentally got into a scouring pad that was left out in the kitchen. Christine recalled how scary the situation was and how unexpected. She’d had many cats over the years, but none had chewed on a scouring pad, so she never even saw them as a possible issue.

Acting swiftly to get Fred the treatment he needed, they immediately went to the emergency pet clinic. He ended up having an infection, was running a fever, and needed to stay there for two nights. Just this one instance was enough to make their pet insurance plan worthwhile, but Fred put his plan to good use again.

A short while after the scouring pad incident, sweet Fred fractured his hips. He couldn’t move well, and Christine had to pick him up just to help him get around. She took him to the veterinarian as soon as possible to better understand his condition. After receiving X-rays, the veterinarian informed her of their treatment options—either Fred could be put on crate rest for many weeks, or he could visit a licensed specialist and get surgery.

Christine chose the option that she saw as ultimately being the best choice for Fred. Being so young, surgery would provide him with the best quality of life, still allowing him to be active while also limp and pain-free. With a treatment plan in mind, Christine drove Fred to the nearest surgeon who could perform the necessary covered hip surgery.

When it came time to pay for the hip surgeries, Christine was prepared with an emergency credit card and was ready to do whatever was necessary to get Fred the treatment he needed. However, after meeting her pet insurance plan’s annual deductible, she was able to be reimbursed $3,000 each for both $4,000 surgeries.*

Thinking back on this incident, she felt this alone was the perfect example of why she always views pet insurance as worth it. While some pet parents may naturally be worried about the cost of pet insurance, Christine notes how it’s easier for her to work insurance costs into her budget instead of trying to prepare for unexpected veterinary expenses.

Only a few months after Fred’s hip surgery, George began showing some concerning behavior—this food-centric feline stopped eating. Christine took him to the emergency clinic, and they prescribed him some medicine. However, the problem persisted, and George remained sick.

The next step was to do an exploratory surgery, which revealed that he had a large hairball stuck in his intestines—an issue that could have become life-threatening. Though Christine was once again ready to do whatever what necessary to help George, she was delighted to learn that her ASPCA® Pet Health Insurance plan covered 80% of the eligible bill.*

One of the major benefits of having her cats covered under their own pet insurance plans is that it has helped ease the decision-making process regarding their care. Instead of focusing solely on cost, Christine can consider all available options. 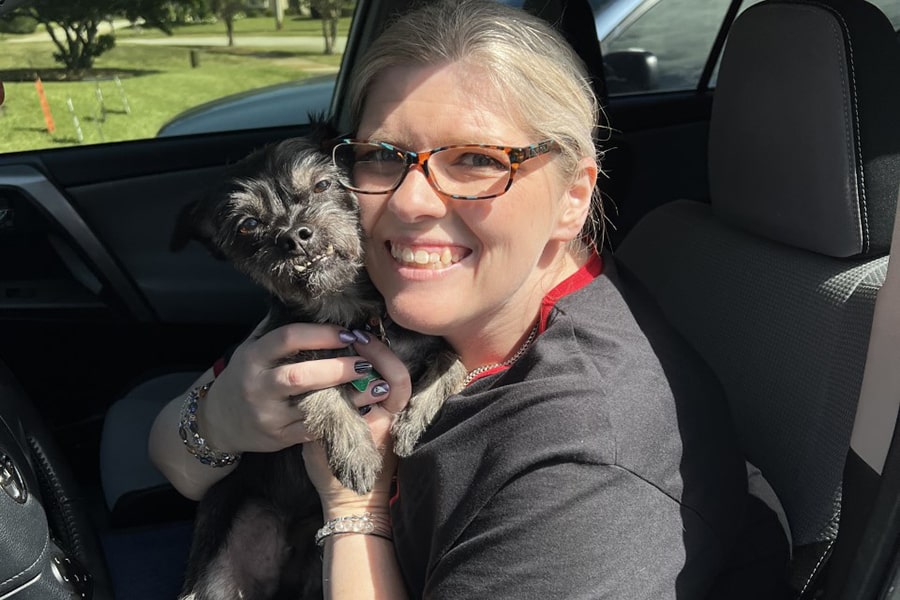 Unfortunately, with pets, their medical expenses for when they get sick or hurt are unpredictable. In addition to Fred and George’s surgeries, George recently needed an MRI to monitor his health after the accident, and Fred is now on regular medications for his illness.

Christine noted that anytime she needs to submit a claim for her pets, the process is easy and fast, and she can do it all from her phone. She knows how to budget each month for each pet’s insurance policy, which is significantly easier than trying to plan and pay for veterinary services for unexpected accidents and illnesses.

Why Pet Insurance Is Worth It

When budgeting, pet insurance for cats is something that can often be overlooked. Some pet parents may assume that it’s too expensive, their cat is healthy and doesn’t need coverage, or their feline friend isn’t at the right age.

However, choosing to enroll pets in pet insurance when they’re young can help pet parents save money in the long run. Plus, your feline friend is never too old to sign up in an ASPCA® Pet Health Insurance plan and take advantage of cat insurance benefits.

You never know when your pets will get sick or hurt and you’ll need to get them emergency vet care. Like Christine, you want to get your cat the best care possible, and you want help paying for it. It can be reassuring to know that if your pet is covered, you can have some help. After all, to Christine, her pets are her children—a sentiment with which many other pet parents can relate.

The importance of pet insurance goes far beyond the financial benefits, though. It can also provide pet parents with peace of mind and allow them to focus more on their pet’s well-being and treatment rather than just the bills.

* Reimbursement examples illustrate reimbursements of covered vet bills by a plan with an 80% reimbursement rate. The annual deductible had already been satisfied, and the annual limit had not yet been met. Coverage and individual results vary based on plan type. Policyholder testimonials represent individual experience only and the experiences and opinions herein may be unique the speaker. The information presented in this article is for educational and informational purposes only and does not constitute or substitute for the advice of your veterinarian.

A Purrfect Pair: The Tail of Fred and George

Read about our customer Christine and how her ASPCA Pet Health Insurance plan has helped her provide care for her cats Fred and George.

Are you new to the pet insurance world? Learn all about common insurance terms, and the process of finding the right plan for your pet and budget. 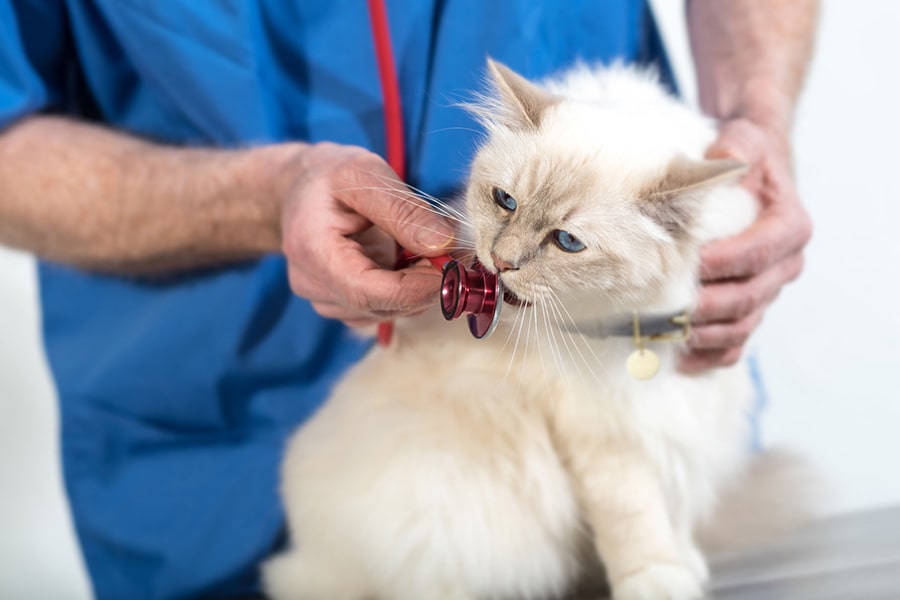 Pet insurance for cats can provide many benefits, including peace of mind and financial assistance.

title: A Purrfect Pair: The Tail of Fred and George