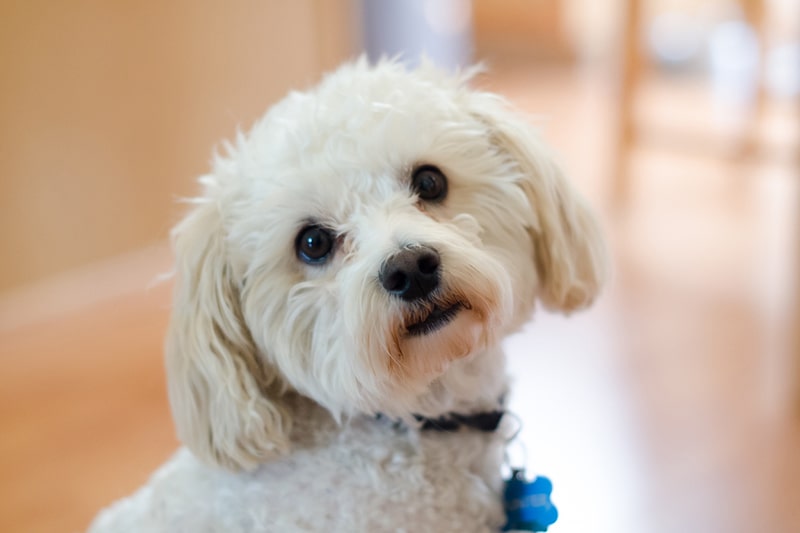 Known to be friendly, intelligent, and adorable, Maltipoos are quickly finding their way into many pet parents' hearts. As a dog who does well in both large and small households and who loves to play fetch as much as they love to curl up on your lap, it doesn't take long to see why so many people are eager to adopt these lovable pups.

What Is a Maltipoo?

Known as a designer dog, these charming little pups are a fairly new breed. Falling into the popular category of Poodle mixes, Maltipoos are a mix between the Maltese and the Poodle. With a small stature, a rounded head, and floppy ears, these dogs carry the appearance of a puppy for nearly their entire lives.

Due to the naturally smaller stature of the Maltese, the Maltipoos' Poodle parent will be one of the two smaller Poodle sizes (Toy or Miniature).

Since there can be a slight variance between the size of the Poodle parent, Maltipoos will, therefore, also vary in size. The average height for these dogs is between 8 to 14 inches tall, and their average weight is between 5 to 20 pounds.

History of the Maltipoo

The Maltese is believed to have come from the small island of Malta, which is located south of Sicily, Italy. Throughout the centuries, these dogs were beloved by people of royalty, and they were treated as part of the royal family. The popularity of the Maltese steadily and slowly rose over the years, and they were finally introduced to America in the late 1800s.

The Standard Poodle can be traced back to France in the 15th century. These curly-haired dogs were so popular during that time that they became known as the national breed of France. Although it took nearly three centuries, Poodles eventually began picking up popularity in other countries, such as Spain. Over the course of the following century, the Standard Poodle was bred down in size to create what we now label the Toy and Miniature Poodles.

Although it is known that the Maltipoo is a newer Poodle mix, it isn't very easy to locate an exact place or year that this mixed breed was created. No one person or organization has taken credit for the first puppy of this new mix. 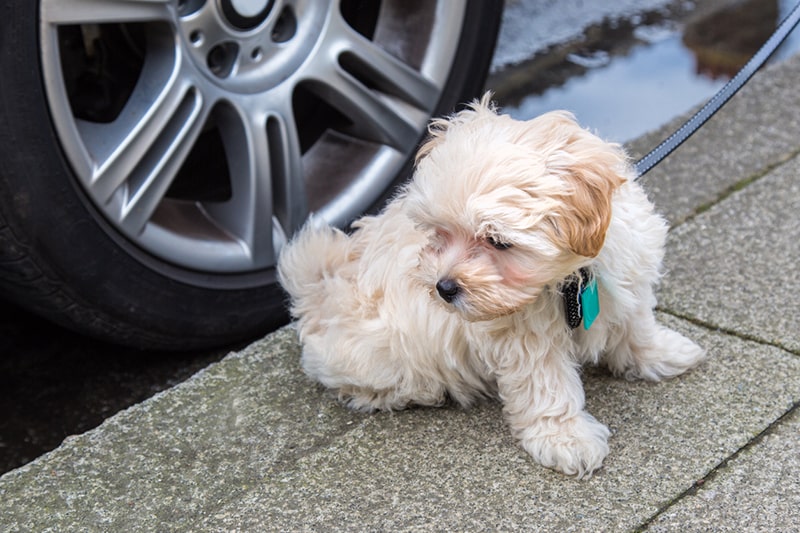 All About the Maltipoo

As a mixed breed, it is difficult to predict which traits a Maltipoo will receive from each of their parents. While most receive a combination of characteristics that resemble that of a Maltese and that of a Poodle, each dog will likely have their own unique personality, quirks, and looks.

Poodles are known for their curly-haired coat that can come in many colors, while Maltese are known for their plain white fur. As a result, your Maltipoo's coat can appear curly, wavy, or scruffy and come in the colors of white, silver, blue, grey, brown, black, and cream.

Before adopting a Maltipoo, many pet parents find themselves asking these common questions:

How Long Do Maltipoos Live?

Being a smaller dog with few health issues, Maltipoos can have a lifespan of 10-15 years. This timeframe is determined by many factors, such as the dog's diet, exercise routine, and overall health. To ensure that your pup has a long and healthy life, it is important that your dog is on an appropriate diet and exercise plan. It is additionally beneficial to schedule regular visits to your veterinarian.

Poodle mix dogs have quickly raised in popularity because they are classified as “hypoallergenic,” meaning there should be a reduced possibility in an allergic reaction occurring. While no one type of dog is completely hypoallergenic, Maltipoos come very close. With a reduced amount of dander, these pups can be an ideal choice for someone with a dog allergy.

Maltipoos typically shed very little to none at all. However, because these dogs have mixed genes, it is challenging to predict whether their coat will be more similar to that of a Poodle or a Maltese. Either way, Poodles and Maltese on their own are not heavy shedders, so there shouldn't be a need to worry about excessive shedding.

Maltipoos can make for the perfect addition to your family. They enjoy going on walks and playing as much as they enjoy curling up on your lap for some quality one-on-one time. While Maltipoos are great with kids, they are typically a better choice for people who have slightly older kids. Younger children may accidentally be too rough with these little dogs, so it's important to keep an eye on both the child and dog when they are interacting.

If your Maltipoo will be joining a household that already has pets, remember to monitor their initial meeting and introduce them to one another in a controlled situation. When the time arrives for your Maltipoo to play with your other dog, encourage gentle play—these little guys cannot handle roughhousing when they are merely just tiny puppies.

Ever wonder what type of pet parent you are? Take our quiz and find out! .

Although Maltipoos shed little to none, do not let that fool you into thinking that they never need brushing—on the contrary, these dogs should be brushed almost daily. Even a quick ten-minute brushing session each day will help keep your dog's coat clean and mat-free.

Generally, Maltipoos will need a bath only once a month—this is also an ideal time to check and clean their ears. Another great habit to establish early with your puppy is brushing their teeth and trimming their nails. Teeth should be brushed multiple times a week, in order to keep those chompers sparkling clean and healthy.

Your dog's nails will need to be trimmed either once or twice a month. The best way to tell when the nails need cut is when you can hear them clicking on the floor.

Like other Poodle mixes, Maltipoos will require trimming of their coat—this typically only needs doing once or twice a year. However, in order to keep hair out of their eyes, the hair around their face and head will need attention typically about once a month. 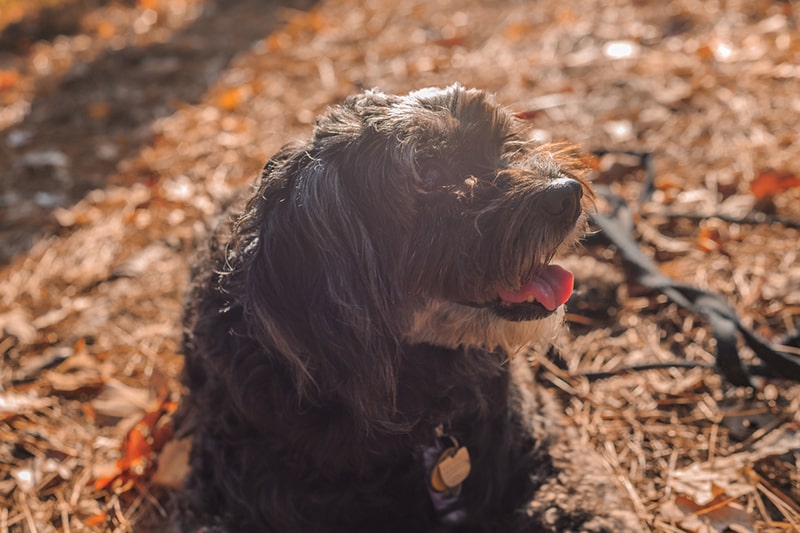 Taking Care of Your Maltipoo

Being an intelligent dog, Maltipoos do well with obedience training. In order to establish favorable behaviors early on, it's important to start training and socialization with your puppy as soon as you can. Bear in mind, it is best for your puppy not to socialize with other dogs until after they receive all appropriate vaccinations.

Besides training, Maltipoos also require daily exercise, although they don't need an extensive amount. A quick walk once or twice a day and a short play session will oftentimes do the trick to burn off some extra energy and keep your Maltipoo healthy.

As a social dog who thrives off of companionship, Maltipoos do equally well in large houses or small apartments— they even do well in city settings. These dogs are additionally a great choice for first-time pet parents. The most important thing to Maltipoos is that they receive some quality time and attention with their pet parent. This could include cuddle sessions, snuggles on your lap, nap time together, or many ear scratches.

That being said, although Maltipoos are wonderful companions, they are also known for being barkers. While they may just want to alert you that a car or person passed by the window, you and your neighbors may quickly find this noisy habit quite irksome. If this behavior is something you wish to deter, consider enrolling your puppy in an obedience class—trained professionals will have helpful recommendations on how to minimize barking.

When it comes to training, it's important to start training early and to remain consistent. Just remember, it's never too early to begin training your puppy—ideally, you would start the very day you bring your puppy home. By creating good habits from a young age, you can have a well-behaved four-legged friend within no time.

By dedicating just a short fifteen minutes every day to training, you can quickly make training a consistent habit for both you and your dog. Not to mention, short training sessions will make it easier to maintain your dog's attention. You may be surprised with how quickly your puppy can learn new commands and tricks!

If, at first, your puppy does not seem to understand a command, it can sometimes be beneficial to move on to another command for the day. Maltipoos do well with positive reinforcement, so rewards such as treats or toys are helpful to have on-hand. 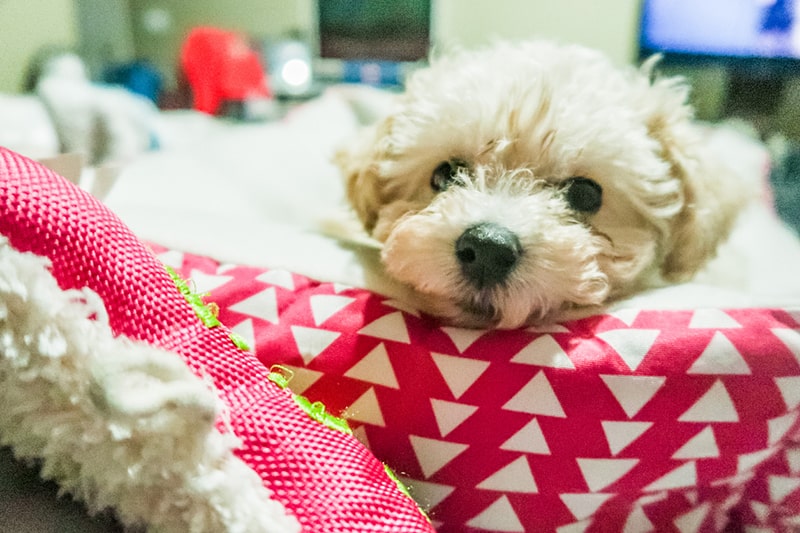 While this is beneficial to a point, a new problem then takes its place. When both parents of a mixed breed are susceptible to getting the same health issue, then the likelihood of the mixed puppy inheriting that specific issue will increase.

According to our claims data*, the top 5 most common health issues among Maltipoos include:

Many Maltipoo parents also try to be aware of Poodle and Maltese health issues before adopting their own Maltipoo. By knowing the possible health issues of the parents, this will allow you to stay a step ahead on your Maltipoo's health. 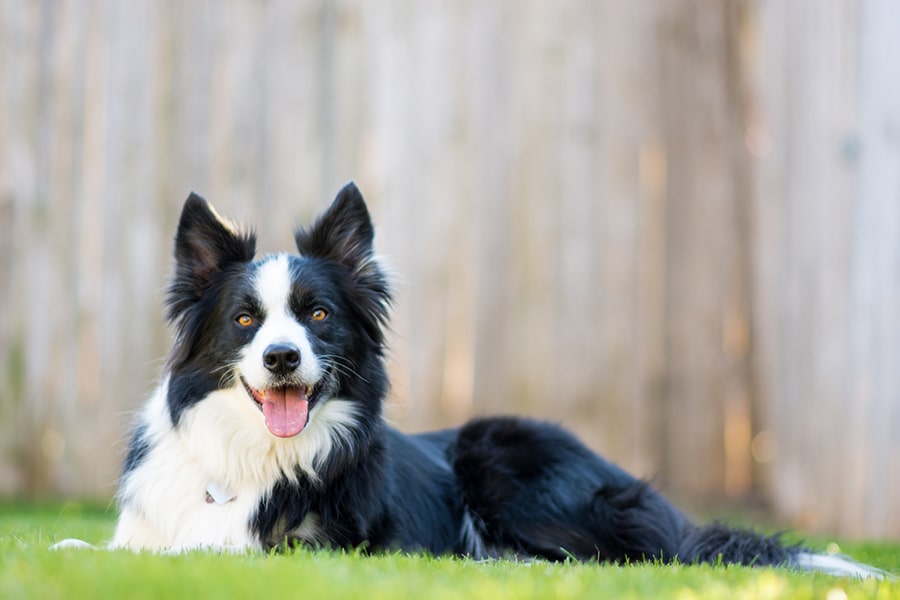 All About Border Collies

Border Collies are never-ending sources of energy. With one of these pups around, your life will never be boring.

All About Chow Chows

Read all about the purple-tongued Chow Chow and become up-to-date with what you should know before adopting one. 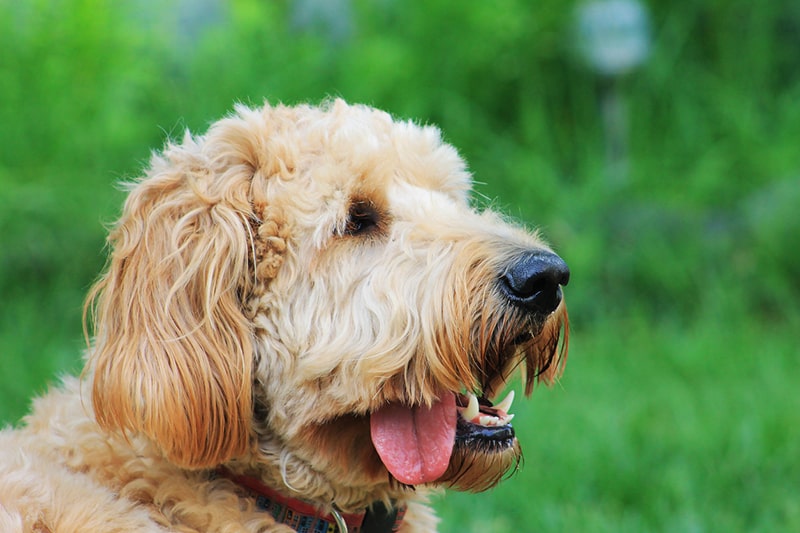 Learn all about what makes Goldendoodles unique and what you should know before adopting one.

title: All About Maltipoos