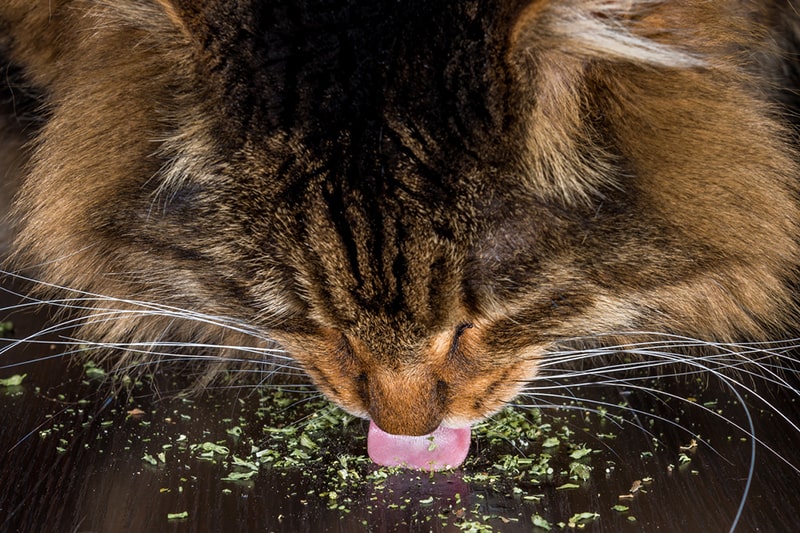 Does your cat act batty when you get out the catnip? My Zoe sure does! She loves her catnip-filled mouse and will sniff it, roll on top of it, swat at it, and then proceed to bounce all around the room. She’s over 16-years-old and normally quite chill, but when she’s been at the catnip, it’s like she’s a kitten again.

So what gives? Why do cats go goofy for catnip?

Catnip, or nepeta cataria, is an herbaceous perennial. Dried catnip resembles oregano but is actually a member of the mint family. Native to Europe, Africa, and Asia, it was imported to North America and now grows like a wild weed in every region. It can even grow to be two or three feet high!

Fresh catnip has stems with heart-shaped leaves and can sprout small white, blue, pink, or lavender blooms. It does well in full sunlight and grows rather easily.

That means even people like me without a green thumb can probably manage it. You can clip the leaves and hang them to dry in a dark space to have your own stash of catnip on hand. Store it in a baggie in the fridge so it stays potent longer. 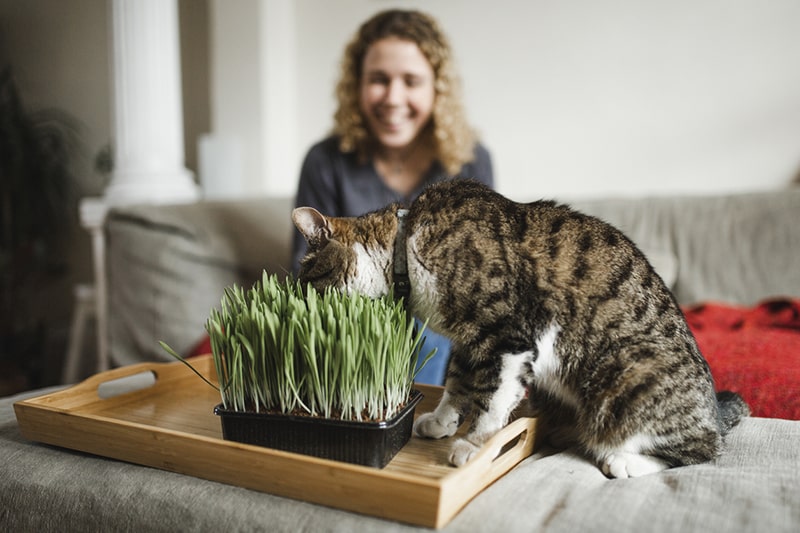 The active ingredient in catnip is an essential oil called nepetalactone (say that 10 times fast!). Exactly how this chemical affects the wiring of your cat’s brain isn’t clear, but it is noted to bind to receptors inside a cat’s nose, which then stimulate the sensory neurons leading to a cat’s brain. So, what exactly does catnip do to cats? It’s thought to mimic feline pheromones, which cause a euphoric reaction.

The blissful high of catnip doesn’t last very long, oftentimes less than 30 minutes. Your cat might get nutty for about ten or fifteen minutes and then wander away for a nap. Once a cat has partaken of the catnip, it takes a couple of hours before they can be affected by it again.

Catnip can make cats meow, purr, growl, roll on the ground, zip about, and even drool. It can also have a mild hallucinatory effect, which helps explain why a kitty on catnip might bat at the air or dodge something that isn’t there. Sniffing catnip has more of a stimulant effect, whereas eating it is more likely to make a cat all sorts of relaxed and sleepy.

Interestingly enough, not all cats are affected by catnip. It’s believed to be an inherited sensitivity with maybe only one out of three cats having it. Kittens under two or three months old are also not likely to react to catnip, and older cats can be less prone to having a reaction—although my Zoe flies in the face of that one!

There’s no evidence that catnip is harmful to cats or young kittens. However, if they eat a lot of the fresh or dried catnip leaves, they can get an upset tummy along with vomiting or diarrhea. Cats are good at self-regulating, so typically won’t overdo it if they get hold of a catnip plant or unexpectedly get into a bag of catnip. 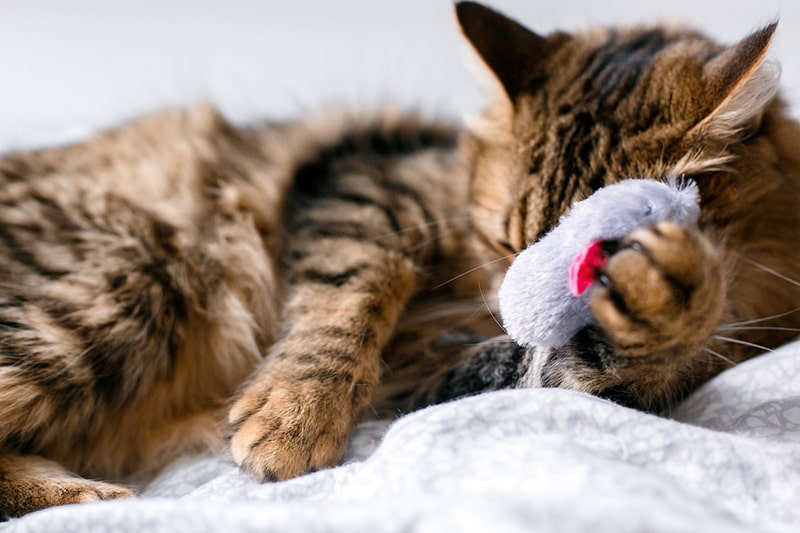 In addition, you can offer your cat a little fresh catnip to nosh on before a stressful event. Working as a mild sedative, it can chill out your cat and make car trips, visits to the veterinarian, and other anxiety-provoking activities easier for you both. 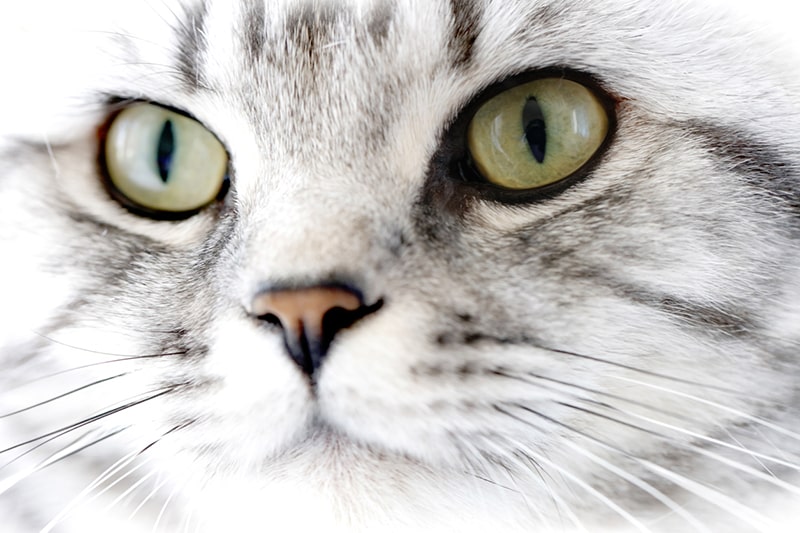 Why Is My Cat's Nose Dry?

A dry nose doesn’t necessarily mean your cat is sick.