American Curls don’t get their name from having a curly tail or a curly coat—they instead have curled ears. Although their ears may be their most prominent feature, once you meet a Curl, you will undoubtedly notice that they also have a charming personality.

In the vast world of domestic cats, the American Curl is relatively young—they are one of the newest cat breeds around. Unlike some cats established thousands of years ago, the Curl has only been around for a few decades. In 1981, in Lakewood, California, a couple of stray cats happened to wander onto Joe and Grace Ruga’s property. The couple took an interest in these felines, not just because of the cats’ unusual bent-back ears, but rather, these cats were amiable and trusting.

Because of the Ruga’s generosity in providing food for these strays, the cats continued to visit nearly every day. Unfortunately, soon after meeting these unique kitties, one passed away. Having such a strong bond with the other cat, though, the Rugas decided to adopt her. Given the name Shulamith, this precursor of the modern-day American Curl now had a permanent place in the Ruga’s hearts and home.

A few months after she found her new home, Shulamith had a litter of kittens with a cat that didn’t have bent ears. The litter of four only had two kittens with curled-back ears, meaning that the curl gene was dominant—technically autosomal dominant.

Shulamith continued to have more kittens with various local cats, which created a large gene pool for this breed. Each time she would have a litter, the Rugas would give the kittens away to their friends, family, and neighbors.

From one of Shulamith’s first litters, a curl-eared female named Mercedes was gifted to Grace’s sister, Esther. Mercedes soon had a male and female kitten, named respectively, Master Luke and Princess Leia. These kittens caught the attention of a local cat enthusiast, who began to work towards establishing the American Curl as an official breed.

In what seemed like no time at all, cat breeders began taking an interest in the American Curl. Today, these cats are still not an overly common breed, but they can be found in Spain, France, Japan, and the United States.

American Curls are fantabulous cats that can quickly win people over with their adorable appearance and delightful personality. Curls are rarely aloof, and they typically prefer to be around their family. They are known to get along well with children, dogs, and other cats.

When they are not playing games, you can generally find a Curl perched atop their cat tower or perhaps curled up in someone’s lap. Although these cats are not overly cuddly, they still enjoy having company and will sometimes be just as content to sit next to you or nearby.

One of the many reasons that so many people adore the American Curl breed is because they are playful and energetic. These cats love to join their family as chores are completed around the home, and they are always first in line to investigate anything interesting that may be occurring. When it comes to the games they will play, these felines aren’t picky—they even enjoy playing fetch.

American Curls are said to have Peter Pan syndrome. In other words, these cats remain young at heart for nearly their entire lives. Even at an older age, Curls still display playful behaviors, and they do not quickly run out of energy.

These small to medium-sized cats weigh, on average, 5-10 pounds, with males weighing more than females. They can have long or short hair that is fine, soft, and silky. Their coat can also appear in practically any color or pattern that can be found among cats. Their walnut-shaped eyes also appear in a variety of colors.

Perhaps the most prominent characteristic of this breed is their curled-back ears.

American Curl kittens are actually all born with straight ears. If a kitten has the gene, then their ears will begin to bend backward within a week. Over the next few months, their ears will often furl and unfurl until they reach four months of age. At this point, their ears are “set,” and they will not change any further. 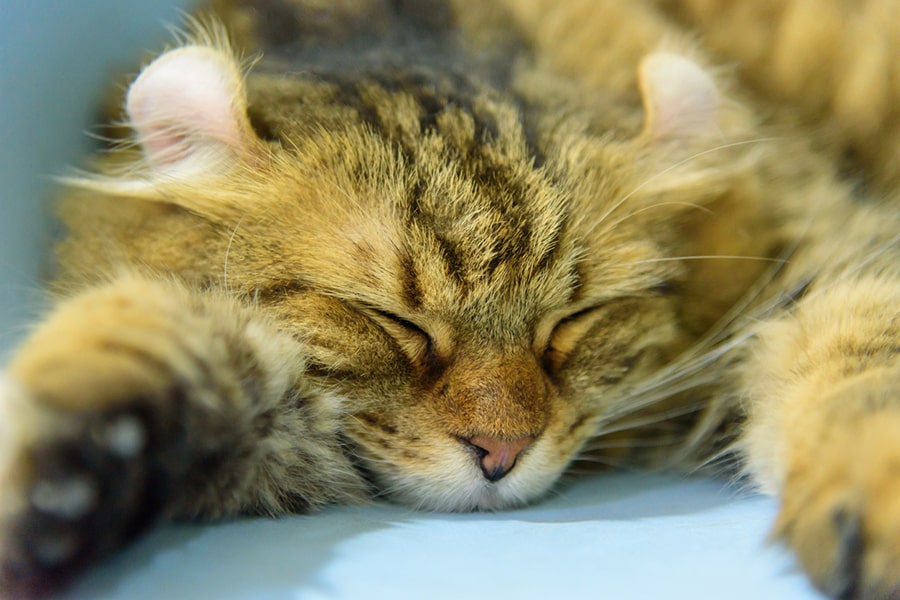 A shorthaired Curl should be brushed weekly, but a longhaired Curl will need brushed multiple times a week. These regular brushings can help keep your cat’s coat clean and healthy, plus it means less cat hair on your furniture and clothes.

Although cats often wear down their nails naturally, chances are they are still going to need trimming about once a month. It is also essential that you brush your cat’s teeth at least once a week—even more frequently is preferred. Brushing your pal’s teeth every week can help keep their breath fresh, and most importantly, it can help reduce the chances of your cat developing periodontal disease.

You must check your American Curl’s ears weekly for any signs of redness or a bad odor, both of which could be a sign of infection.

Whenever necessary, you can clean your cat’s ears with a feline-safe cleaning solution and a cotton ball. You can also use a soft, damp cloth. Be sure never to use a cotton swab, as this could cause pain or injury to your cat’s inner ear. Additionally, pet parents should always handle the ears gently to prevent breaking the cartilage.

At first, most cats are often hesitant about grooming routines. To help your feline become more comfortable with these healthy habits, try introducing grooming items as early as possible, even the very week you bring your cat home. By remaining persistent, optimistic, and rewarding your Curl after each grooming session, you can help your four-legged friend become acclimated to these necessary habits.

For everyday care of your cat, they must receive an age-appropriate, nutritious diet. It is equally essential that your Curl gets enough daily exercise. Unlike some cat breeds who are prone to weight gain, American Curls can maintain a healthy weight quite well, assuming they get a chance to be active.

Besides your cat’s physical health, it is intrinsic that your cat also receives mental stimulation. American Curls are intelligent cats, and they enjoy being able to exercise their brain. Some great ways to provide mental exertion can include teaching your cat tricks and playing puzzle-type games.

Due to their diverse gene pool, American Curls are a reasonably healthy breed, and they are not as susceptible as other cats are to genetic issues. That being said, throughout their life, Curls can still develop various health problems. According to our claims data,^ the top five most common issues that affect this breed include,

Although these items are the most common among the Curl breed, there is no guarantee that your cat will develop any or all of these issues. To better stay proactive about your feline’s health, it can be helpful to familiarize yourself with the signs of these conditions. By knowing what to keep an eye out for, you will have a greater chance of catching the problem earlier.

It is also highly recommended that you schedule your pal for a yearly check-up with their veterinarian. These annual appointments allow your veterinarian to monitor your pet’s health more accurately. In the instance that a health-related issue does arise, your veterinarian will hopefully be able to begin treatment before the problem becomes severe.

During these appointments, your veterinarian can also update your cat on necessary shots, make changes to their diet, and trim their nails. Even if your four-legged friend appears to be completely healthy, it is still essential that they go for their yearly visit. Cats are notorious for being able to hide when they don’t feel well, and health conditions aren’t always easy to diagnose. As the old saying goes, it is better to be safe than sorry.

Have you soaked up all of the American Curl cat information? Now it’s time to learn some fun facts about the breed.

As such a young breed, there is always more to learn about these fascinating felines.

Having first been discovered in “The Golden State,” it seems fitting that your American Curl’s name is California-inspired.

Now that you have the perfect name picked out for your cat, the two of you can begin your many adventures as best friends.

^Internal Claims Data, 2015-20
The information presented in this article is for educational and informational purposes only and does not constitute or substitute for the advice of your veterinarian. 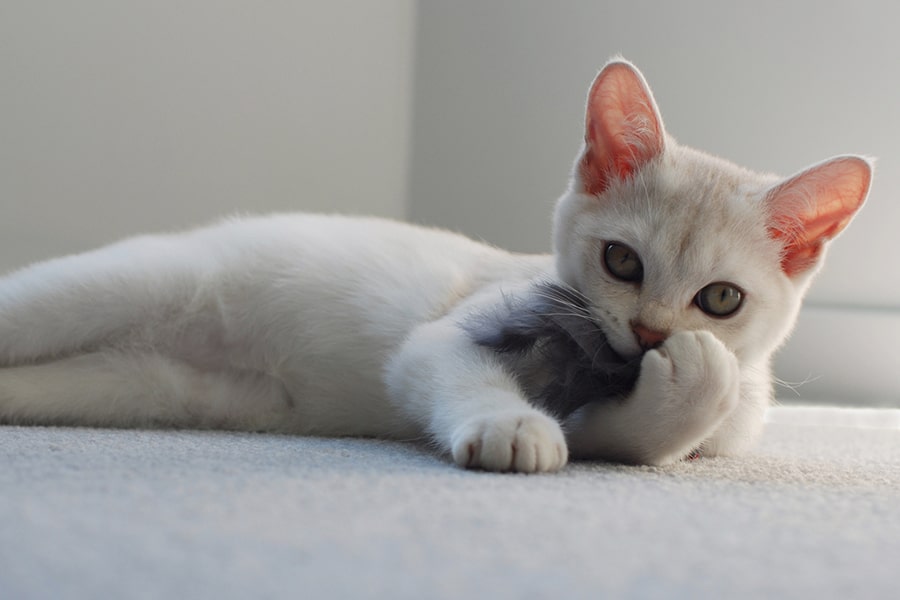 From their personality to their health-care needs, learn all you need to know about the Burmilla cat breed before adopting your own. 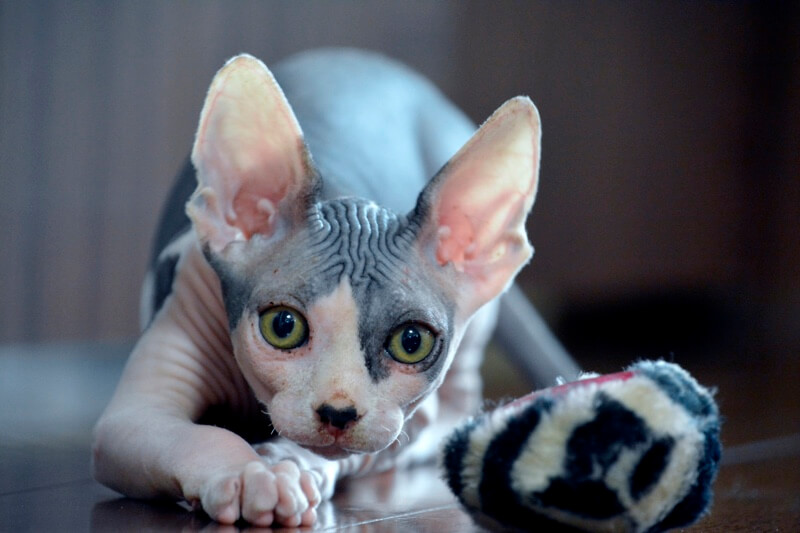 All About Sphynx Cats

Affectionate, playful, and nearly hairless, Sphnyx cats are quite unique! 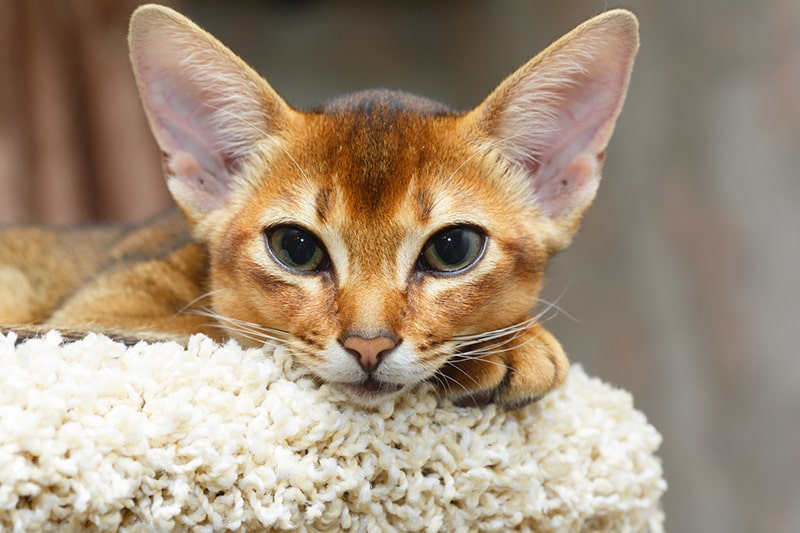