Man’s Best Friend: The Tail of Marc and Flip 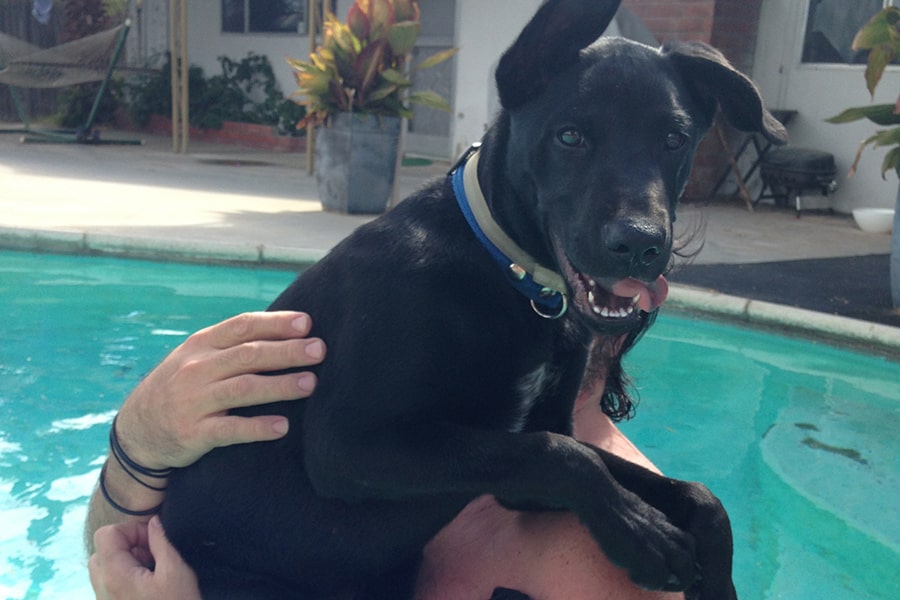 Everyone knows that dogs are man’s best friend, which couldn’t be more prevalent than in our customer Marc’s great friendship with his dog Flip.

From Strangers to Best Friends

Rescued from the streets of Mexico when he was only a few months old, Flip found himself in the care of Marc’s friends. Knowing that his friends were trying to find this puppy a home, Marc wanted to help in any way he could, so he opened his house as a temporary place for Flip to stay. Little did either of them realize that this one decision would change both of their lives.

The two clicked immediately upon meeting each other, and Marc knew he wanted to keep Flip. Though he hadn’t had a puppy since he was a kid, Marc could feel that this was the right decision for both of them. Around this time, his friend recommended that he look into pet insurance, specifically an ASPCA® Pet Health Insurance plan.

Just a short time after welcoming Flip home, Marc faced the fear of many dog parents—Flip had been attacked. He took his best bud to the veterinarian right away, where he ended up needing stitches, a drain tube, and some medications. Combined, these added up to over a grand in veterinary expenses, which at Christmas time, caused Marc to worry even more about being able to afford these costs.

Although he had already signed Flip up for an insurance plan, by the time of Flip’s injury, he had yet to deal with the insurance. Nevertheless, Marc submitted his claims, hoping to get some portion back. After seeing that Flip’s injury was covered and his vet bill was reimbursed for nearly 50%, Marc recalls, “I saw the value of [dog insurance] right away.” Having that peace of mind knowing that insurance was going to help financially provided extra incentive to get Flip the medical care he needed, when otherwise, Marc may have been hesitant because of the prices.

Marc continued to explain that, with his ASPCA Pet Health Insurance plan, “I didn’t feel like a number. I felt they were concerned about the whole process. From me taking him in through recouping the bill—all of it.” 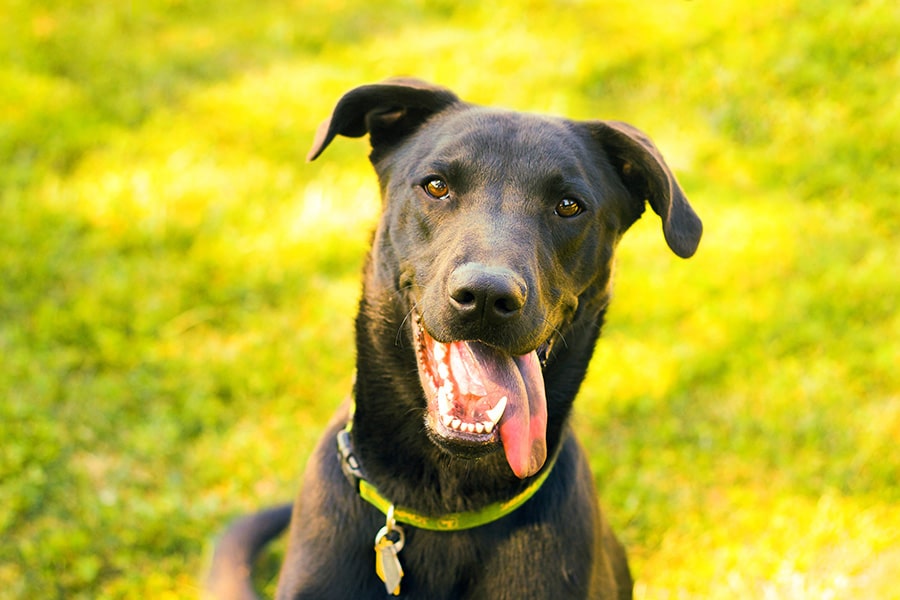 Over the years, Marc and Flip continued to be the light of each other’s lives, and their bond only strengthened. Like many pet parents, Marc felt he would never have enough time with Flip. So, with the oncoming of the pandemic and quarantine in early 2020, Marc found the silver lining to his new schedule and lifestyle—he was able to stay home with Flip more.

Genuinely excited about the extra time they now had together, he began working on grand plans for them both. However, a few months into the pandemic, Marc noticed Flip was becoming a picky eater—something quite unlike him. Soon after, some lumps appeared on Flip’s throat. He started getting sick and drinking less water. Although Flip’s spirits remained good, Marc worried something was wrong.

Although he was still worried about money, Marc knew his pet insurance could help cover some costs, such as the eligible portion of the $1000 test that was essential to diagnose Flip’s condition properly.

After piecing together all of Flip’s symptoms and getting him tested, unwanted news was delivered—Flip had canine lymphoma. Marc was instantly worried about the limited time he would now have with his best pal, especially since there is no cure for this condition. Receiving news no pet parent wants to hear, Marc took some time to process the results and realized that he wanted to seek out further treatment.

With the help of a licensed specialist, they used the results from Flip’s test to understand his condition better and create the best course of action they could, targeting the treatment. Now having many more unexpected vet bills, Marc began working with his pet insurance more. “It was a learning curve at first. It seemed basic at the beginning and was easy to grasp. They were happy to answer questions when I would call.” The importance of pet insurance can’t be stressed enough. Not only can pet parents have help gaining peace of mind about finances when covered veterinary bills arrive, but enrolling your pet also means gaining access to pet insurance professionals who are happy to answer your questions, help you with claims, and help you watch out for your pet’s well-being.

During this difficult time, Marc realized just how loved Flip was. His friends, family, and acquaintances helped raise money for Flip’s case, and they showed their support by making sure Flip could get the care he needed. Though Flip initially responded well to treatment, about six months later, after having tried three different types of treatment, Marc knew that things were no longer working as well, and Flip’s journey was coming to a close.

As Marc decided what to do at this point in Flip’s journey, he discovered that his insurance plan covered certain end-of-life expenses. “We’d been through such a hard journey at that point that it was nice not to have to worry about that.” Coming all too soon, sweet Flip passed peacefully at his home, with his best friend still loyally by his side.

How Pet Insurance Helped: A New Leash on Life

For Marc, how his pet insurance plan helped him handle the end of Flip’s life and the arrangements after Flip’s passing left a lasting impression. He also notes that because of his pet insurance plan, he had help that gave Flip an extra six months of life, and together they made the most of every minute.

Flip loved the water—you could always find him in the backyard pool. So, when Marc created a bucket list for Flip, he knew exactly what to plan. The two best friends spent the last of Flip’s time going up and down the California coast, visiting one picturesque dog beach after another. They went on boat rides with some of Flip’s favorite people and best dog friends. They visited Lake Arrowhead, Big Bear Lake, and the Colorado River. The whole time, no one would have ever known that Flip was sick. “He swam back up [in the Colorado River] and came out, jumped in my truck all wet, and we went on our next adventure.” 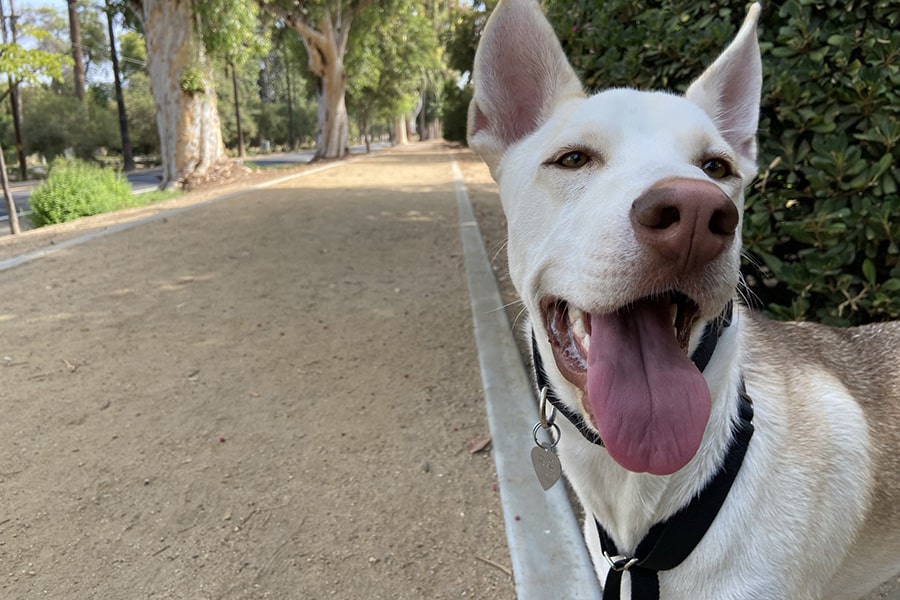 After Flip’s passing, Marc had a large hole in his life—literally, Flip was a big pup, around 90 pounds. As any dog parent knows, your whole routine gets built around having a dog, so it can be an adjustment when there’s no longer one around.

A few months later, Marc felt ready to go to his local dog shelter. He had spotted a few dogs online that interested him, but one had already been adopted, so he mentioned the other dog to the shelter staff. They cautioned that this one was incredibly energetic and may not be the best fit, but they took Marc to meet him anyways.

Marc’s first impression of this young pup revolved around his giant ears, and he immediately stuck his paw through the bars of his kennel, like he wanted to shake hands and introduce himself, “Hello, I’m Buzz.” Although Buzz seemed sweet and made quite an impression, Marc was unsure if he was meant to adopt him.

Budgeting for a pet can become a little tricky, especially because you never know when you’ll have to pay for emergency dog care. The cost of pet insurance is a small price to pay for help with financial security and added peace of mind.

About a week later, he learned that the shelter allows you to check out a dog for a day, and sure enough, Buzz was still there, so the two went on a walk and met many of Marc’s friends and his mother. Though the two had a fantastic day, there was still a part of Marc that remained hesitant. So, he went on his way, and unbeknownst to him, his friends set up a plan to surprise him with a puppy.

However, in the middle of his friends’ grand plan, Marc felt torn, as he didn’t want to replace Flip, and deep down, he knew that Buzz was the dog for him. They immediately left for the dog shelter, and Buzz was still there. Marc thought it was a miracle that no one had adopted him, so it was meant to be. While filling out the paperwork to adopt Buzz, the shelter staff couldn’t have been happier.

Marc was happy to open his own home and heart to a dog that deserved a second chance. He knew from his experience with Flip that he immediately wanted to sign Buzz up for a pet insurance plan. Though he hasn’t needed to use it yet, which Marc finds shocking, he explains, “As we get to the corner of a street and he wants to run across before the cars are done coming down the street or when he jumps off a ledge, whatever he does, I’m glad that I upped Buzz’s insurance because hopefully he never needs it, but I got a feeling he will.”

Now living life with the boisterous Buzz, who could be described as an unpredictable force of nature, Marc articulates, “You can’t predict what’s going to happen to your dog. Your dog would do anything for you. If you could do anything for them, you should because that’s the way friendship works. If you don’t need the insurance—good. That’s a great thing. But it’s better to have it and not need it than to need it and not have it. Because having a dog is priceless, and if you have to monetize your love for that dog, it’s a whole different game. I think it would make you sadder when something goes wrong than knowing that you didn’t do all that you could’ve done, and with pet insurance, your options are much broader—you have more options than facing the fate of your best friend on your budget.”

Policyholder testimonials represent individual experience only and the experiences and opinions herein may be unique to the speaker. Individual results and pet insurance plans may vary. The information presented in this article is for educational and informational purposes only and does not constitute or substitute for the advice of your veterinarian. 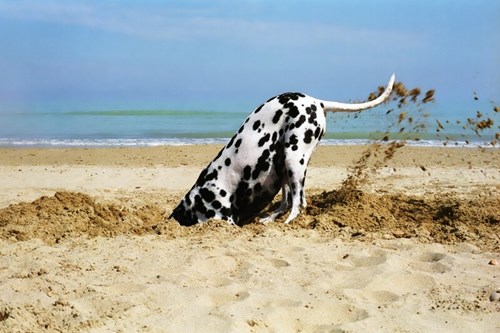 Wondering about pet insurance for your four-legged family member? Let’s dig in!

From accidents and illnesses to chronic conditions, pet insurance can be utilized for a pet’s life.

title: Man’s Best Friend: The Tail of Marc and Flip