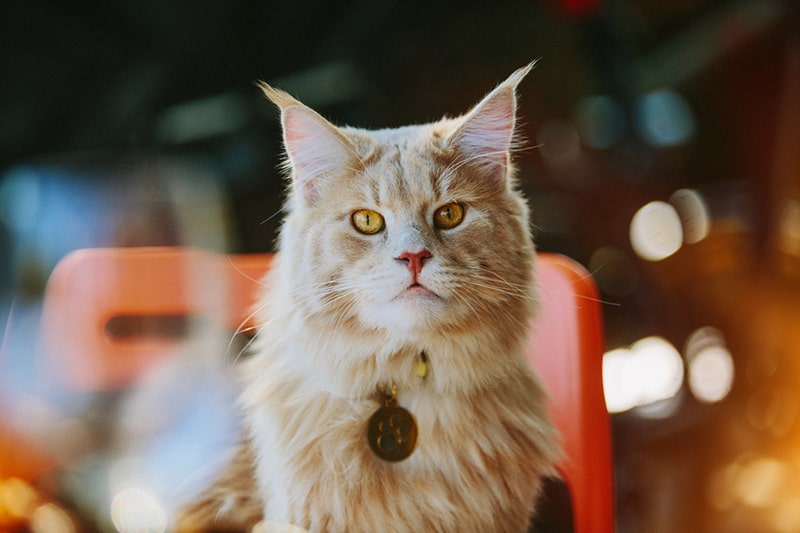 I’m the proud pet parent of a Maine Coon cat named Fido. My wife and I adopted him from a shelter about 10 years ago. Actually, it would be more appropriate to say he adopted us. As we were passing by his kennel in the shelter, our soon-to-be-favorite fluffball reached out with an enormous paw, gently snagged my sweater, and gave us the most charming kitty, “Hello.” We were his immediately.

As it turns out, we were chosen by a cat who’s pretty representative of his popular and distinctly American breed.

Origin of the Maine Coon

There are three well-known origin stories for this longhaired human-lover. None of them are particularly verifiable, though one is a rather humorous myth.

This story suggests that the Maine Coon breed is the result of the forbidden love between a raccoon and a longhaired cat. This supposedly happened in Maine. While an interesting legend, it’s only that–a legend. A pairing of that kind is impossible, but given the breed’s reputation for being large, furry, and faintly ringed-tailed, you can see how this story might have started.

Another story suggests that Marie Antoinette originally bred Maine Coons. Her cats were supposedly sent to America ahead of her. While she hoped to escape France and join her feline friends there, it wasn’t to be. This story is also somewhat dubious.

Some claim that the breed arrived in the northeastern United States on ships captained by a fellow named Coon. A similar tale places the cats on Viking ships. The last of these two stories is actually pretty plausible considering the Maine Coon’s similarity to the Norwegian Forest Cat. 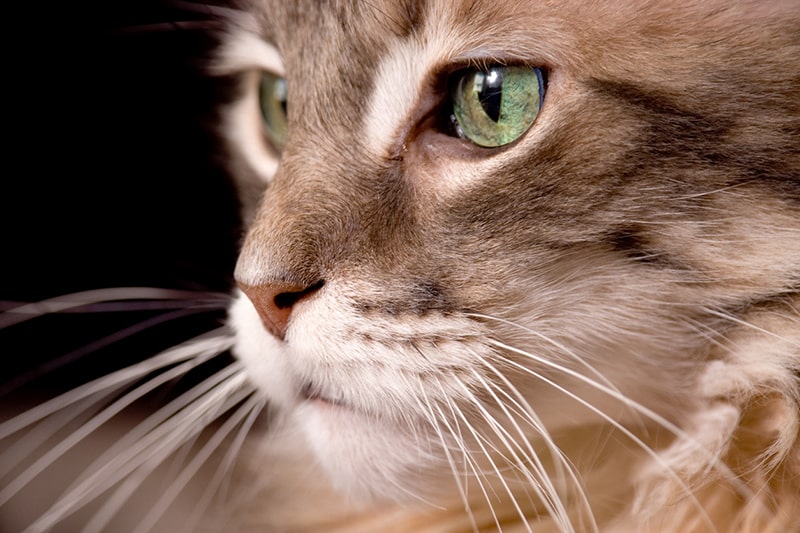 History of the Maine Coon

However they arrived on our shores, they’ve been with us for a very long time. The first mention of the Maine Coon in writing is in 1861’s The Book of the Cat, referencing a feline going by the extremely long name of “Captain Jenks of the Horse Marines” (likely named after a popular song of the era). The author, F.R. Pierce, writing about the breed’s history in the region, notes, “As to how and when they came, I would say… They just ‘growed,’ for their advent reaches far back beyond the memory of the oldest inhabitant.”

Maine Coons were historically a favorite breed in the Northeastern corner of the United States because of their robust and hearty build that is perfect for colder northern climates. They were also popular for being great mousers and prized for their beauty. The breed was winning cat shows in cities like Boston and New York as early as 1895. In fact, a Maine Coon cat named Cosi won the first major cat show in America.

Maine Coons are known for their size, so naturally, one of the first questions people ask about this breed is, “How big can a Maine Coon get?” They are one of the largest breeds of domestic cats, growing up to 18 pounds. Even the more dainty of the breed can weigh in around 9 pounds. They have a sturdy frame and plenty of length, which they love draping over anything comfy that will hold them. They grow slowly and don’t reach full size until they are around five-years-old.

Being such a large cat, it is often wondered, “How long do Maine Coon cats live?” On average, Maine Coons will live around 9-15 years, but this number can be affected by many factors. A cat’s life expectancy can be altered by their overall health and living conditions.

Presenting a wide variety of colors and patterns, Maine Coons have long, luxurious coats. That fluffy layer is most likely due to the climate of their northeastern ancestral home. They commonly sport fluffy Shakespearean-collar style neck ruff and full, bushy tails. They have massive paws with tufts of fur that traditionally acted as a kind of natural snowshoe.

Even though they may look like they’re built to roam in any weather, our strategic partner The American Society for the Prevention of Cruelty to Animals® (ASPCA®) recommends keeping all cats inside for their own safety. This will protect your purry-pal from getting hurt by other animals, catching a contagious disease, or contracting parasites.

These fluffy characters are incredibly laid-back and easy-going. They tend to be patient with children, other cats, and dogs.

Maine Coons enjoy the company of their pet parents and may follow them from room to room, just observing daily life, maybe chiming in with a typical meow, chirp, or trill. But they aren’t known to be needy. They will happily cuddle if you have an open lap, but they’re also content to curl up on their own.

The breed is known to be curious and bucks a feline trend by enjoying water. So don’t be surprised if you find them watching your bathtub drain or splashing around in a water bowl.

Maine Coons enjoy indulging in their mouser skills by chasing, and even retrieving, toys. They are commonly playful and even silly but will remain gentle as they pretend to hunt and pounce. 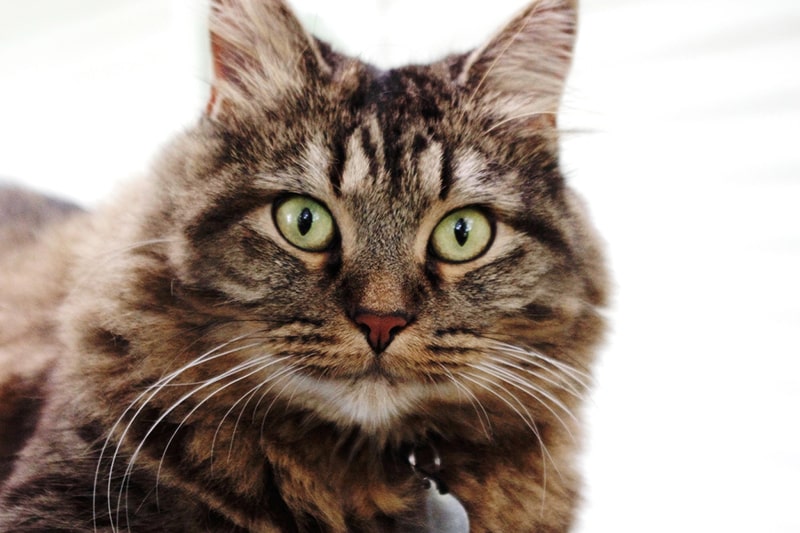 How to Care for a Maine Coon

While Maine Coons are laid-back, that shouldn’t equate to pet parents being laid-back with their care. There are a few things to watch out for in particular.

Even with their long coats, Maine Coons are not particularly big shedders. And even though their silky fur isn’t too prone to mats, they should receive a good brushing twice a week, which they will probably enjoy immensely. Care should be taken around their fluffy tails, which can occasionally get poopy out of the litter box.

Maine Coons can suffer from some health issues particular to their breed. With regular visits to the veterinarian, some of these issues can possibly be addressed early, before they become serious problems.

Tests are available for certain issues, including an inherited form of heart disease known as hypertrophic cardiomyopathy and a genetic disorder known as spinal muscular atrophy, which can cause a strange swaying walk but doesn’t lead to pain or any severe loss in quality of life. Hip dysplasia, however, can become serious and incredibly painful, leading to complete lameness. It can be detected by an X-ray early in your cat’s life.

While Maine Coons can grow impressively big, don’t confuse that with getting fat. An overweight kitty can have a host of health problems. So be sure to provide plenty of pet playtimes that include a variety of scampering and jumping after toys. It’s also important to keep the diet consistent.

If you’re at a loss for a name for your Maine Coon, consider getting inspired by their good looks, friendly demeanor, and tremendous size. Or maybe think of their history and look for something truly American.

Here are some ideas that might just fit this larger-than-life breed:

Chances are, once you meet your cat, it will be fairly easy to pick the perfect name—one that reflects your Maine Coon’s unique appearance and personality. 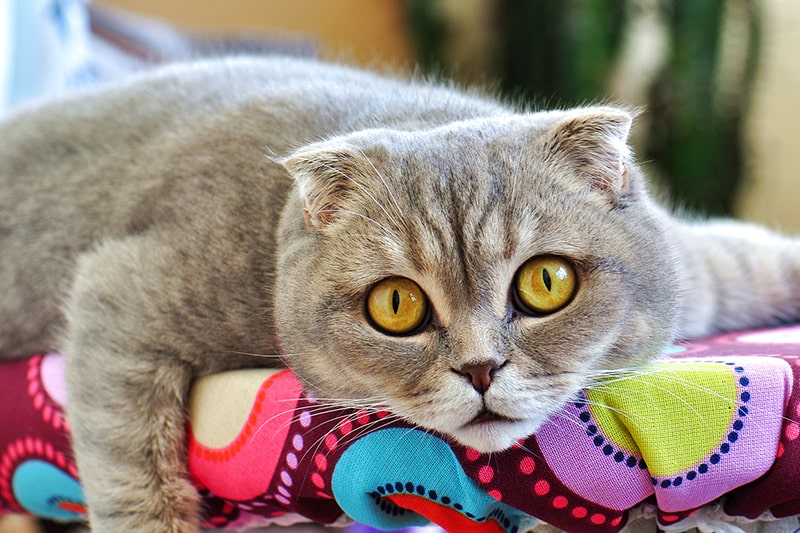