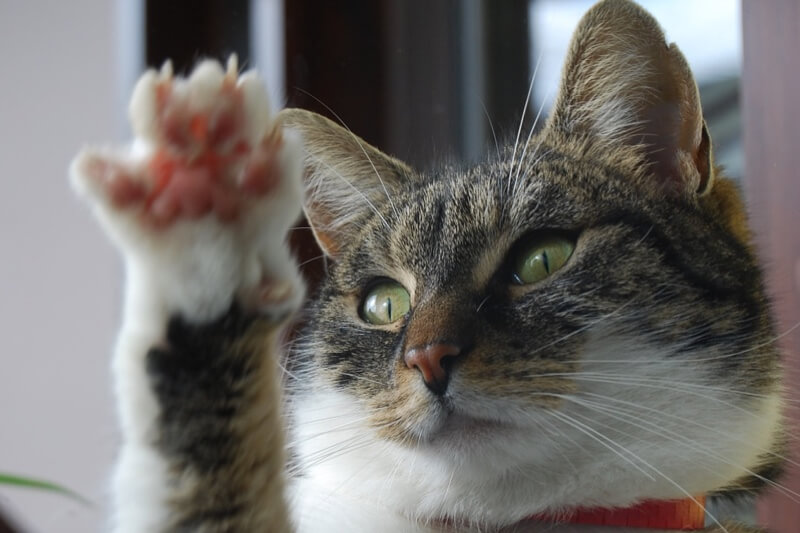 If you’re a kitty parent, chances are you adore cat snuggles and playtime. And you probably know that even the friendliest felines occasionally nip and scratch. This isn’t typically too painful, but you should be aware that more than 40 percent of cats carry the bacterium that causes Bartonellosis or, as it’s commonly called, cat scratch fever.

What Is Cat Scratch Fever?

Bartonellosis is an infectious disease caused by the Bartonella henselae bacteria. It’s a zoonotic disorder, meaning animals can transmit it to humans. Bartonellosis is also called cat scratch disease (CSD) or cat scratch fever because that’s the most common way for the disease to pass from pal to pet parent. The Center for Disease Control and Prevention reports approximately 12,000 human cases a year with roughly 500 requiring hospitalization. While it’s relatively rare, it’s still important to know the signs and symptoms so you can protect yourself and your furry friend.

Where Does Cat Scratch Fever Come From?

For cats, fleas are the main culprits when it comes to cat scratch fever. The bacteria is found in flea feces, which the tiny insects leave all over your kitty’s skin and fur. You may even spot this “flea dust” while brushing your buddy. It looks like dirt or dark, grainy sand. Your cat then ingests the bacteria while grooming and becomes a carrier.

For humans, the disease is transferred when your cat bites or scratches you. However, saliva is also a conduit, so your concerned cat could give you the bacteria if they are licking a wound or scab you already have. Though less common, ticks can also pass the bacteria directly to both felines and humans.

Cat scratch fever can affect any breed, although kittens and cats who have had blood transfusions are at a higher risk. Fleas thrive in warm, wet climates, so in general, kitties who live in these conditions are also more vulnerable. In humans, small children tend to contract cat scratch fever most often, simply because they are the most likely to engage in the type of play that prompts a kitty to bite or scratch. Anyone with a compromised immune system – people who have HIV, are undergoing chemotherapy, or are pregnant – needs to be especially careful as the disease can have more serious effects.

Can Dogs Get Cat Scratch Fever?

Interestingly, dogs can contract cat scratch fever, too, though it is unknown if they can transmit the disease to their pet parents. Unfortunately for your pup, dogs are more likely than cats to suffer from the associated symptoms. Contact your veterinarian if you have any concerns. 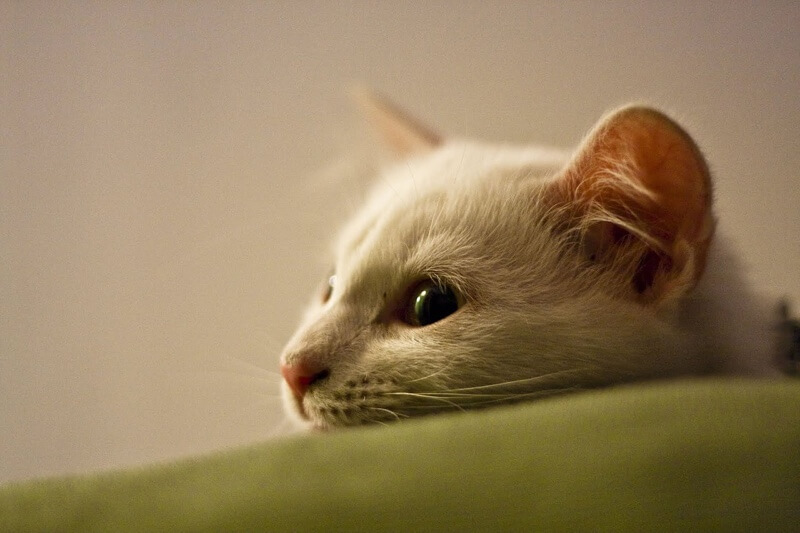 Most cats who carry the disease do not exhibit any symptoms, although one, several, or all of the following can develop:

Your kitty may appear perfectly healthy and then suddenly develop symptoms if experiencing unrelated stress (such as moving or a major change in routine) or trauma (due to surgery or injury). Any time your pal has a fever and swollen glands, particularly following a flea infestation, it’s a good idea to contact your veterinarian.

In humans, symptoms usually appear within two weeks of getting scratched or bitten. Of course, if you obtain the bacteria from your sweet kitty licking an existing wound, you may not even be aware that a potential transmission has occurred. The most distinct symptom is the development of small, solid, reddish bumps – called papules – right around the wound. Other symptoms include:

In the most severe cases, cat scratch fever can be fatal in humans, causing swelling of the brain or an infection in the heart. You may want to schedule a visit with your physician if you have questions or concerns.

Because cats typically don’t exhibit any cat scratch fever symptoms, your li’l buddy probably won’t need a diagnostic workup unless you are experiencing symptoms. Of course, it’s a good idea to call your veterinarian right away if your cat is showing any of the above signs.

The most reliable way to diagnose cat scratch fever is by culturing a blood or tissue sample from your pal. In severe cases, your veterinarian may want to complete a blood profile, biochemistry panel, or urinalysis. An enzyme immunoassay (EIA) test, which detects antibodies, may also be required.

Unfortunately, definitively identifying cat scratch fever in your kitty can be tricky because the bacteria does not constantly circulate in their blood stream. Multiple tests may be necessary.

In humans, the quintessential papules near the injury are often enough to diagnose cat scratch fever, but blood work may also be required.

Kitties who test positive for cat scratch fever but aren’t experiencing any symptoms usually don’t need any treatment. If your feline friend is suffering from any of the unpleasant symptoms, your veterinarian may prescribe antibiotics. Typically, a 4-6 week course clears the infection right up. Cats who live with the very young, very old, or any immunocompromised individuals may also be prescribed antibiotics as a precaution.

In humans, a thorough cleansing of the wound and lots of rest is sometimes treatment enough. Other times, antibiotics or further treatment may be required. 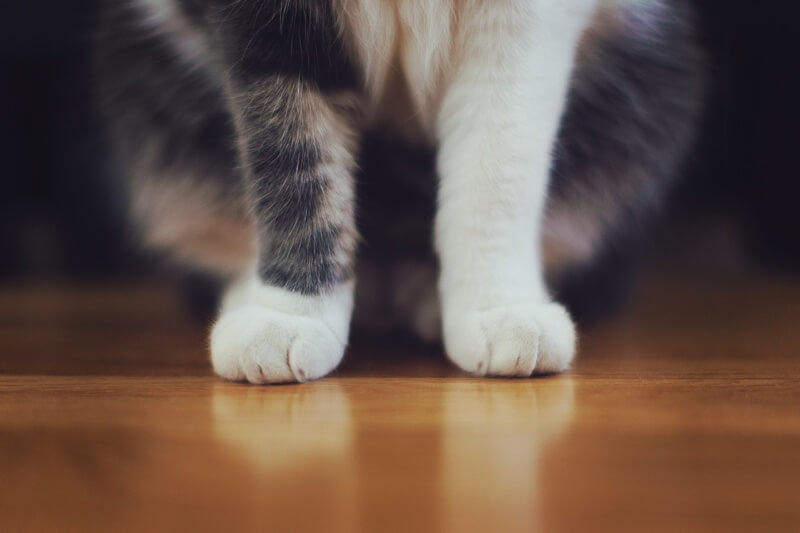 Currently, there is no vaccine to protect your kitty from cat scratch fever. However, since fleas and ticks are the most likely source of infection, the best prevention is diligent flea and tick care.

Speak with your veterinarian about routine preventive treatments, brush your pal regularly with a flea comb, and vacuum your home daily if possible. It’s also a good idea to keep your cat’s nails trimmed to help prevent any further spreading of the disease if they are already a carrier.

Remember, nearly half of all cats carry the cat scratch fever bacteria. Whether your kitty is frisky or docile, they may eventually need diagnosis and treatment. It’s a good idea to get your pal covered now – before any symptoms occur. Get a free quote for coverage from ASPCA Pet Health Insurance today!