All About Jack Russell Terriers 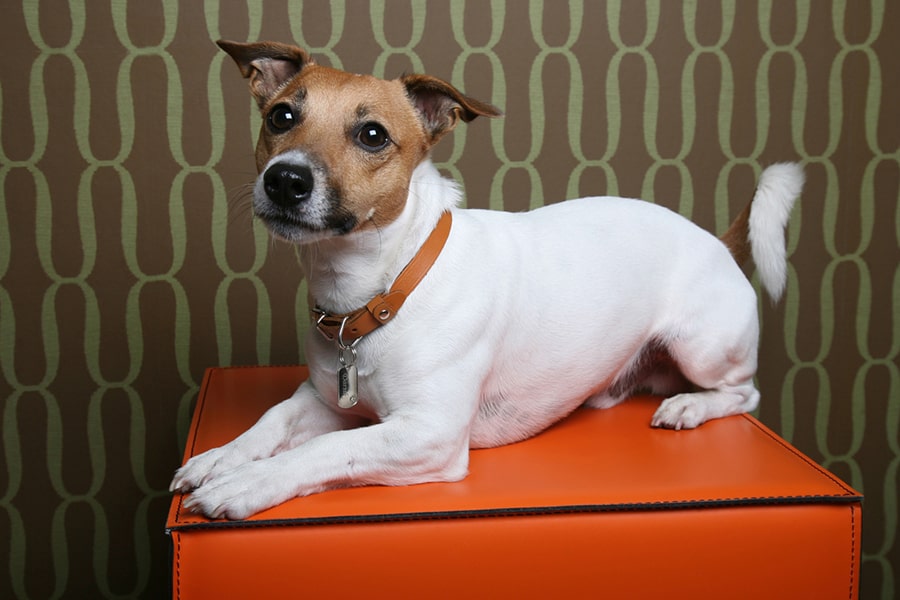 Known for their endless amounts of energy and their adorable appearance, Jack Russell Terriers have made a name for themselves. Although many people may recognize this breed from their appearances in movies and television shows, there’s still much to learn about this dog, especially before you welcome one into your home. So, what is a Jack Russell Terrier?

As their name suggests, Jack Russell Terriers are terrier dogs that have historically been used for hunting. Though that may be where their talents originally laid, today, these dogs can excel in a vast array of activities, including dog agility and flyball courses, just to name a few.

If you are considering adopting a dog of this breed, you must be realistic about how active your lifestyle is. If you prefer to be laid back and lazy in the evenings after work, or you don’t typically go for walks or runs, then a Jack Russell Terrier is not the right choice for you.

One of the many reasons people fall in love with these dogs is that they are loyal companions. They love their family and spending time around them, whether that be just hanging out or playing.

Jack Russell Terriers can do well with older children, but you may find that they are a bit overwhelming to younger kids. No matter how well your dog typically acts around kids, it’s essential that you continue to monitor any interaction your dog has with them. It can also be helpful to show kids how to interact with dogs safely.

Jack Russell Terriers can also get along decently with other dogs, but supervision is still recommended. Having such high-strung personalities means that these terriers have little to no fear around dogs three times their size. Plus, the risk always stands that they may just not get along with all dogs they meet.

It isn’t recommended that your Jack Russell lives in the same house as small animals. Jack Russells have a strong prey drive, and the odds of them chasing smaller animals are pretty high.

With that in mind, your pal should never be off their leash anytime they are outdoors unless they are in a securely fenced-in area. Even then, you cannot have an invisible fence (must be a physical fence), and the fence’s height should be at least five feet since Jack Russell Terriers have an impressive vertical jump. 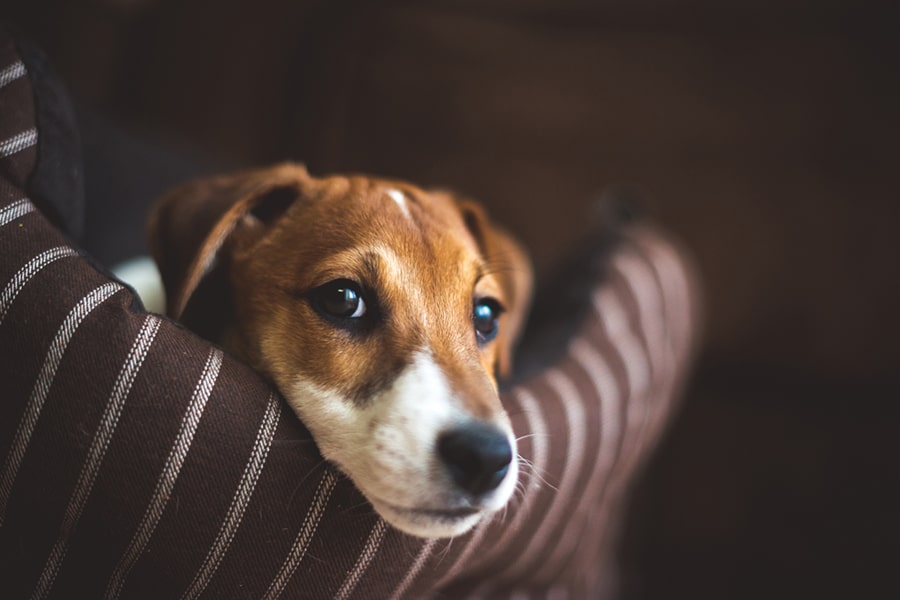 The Jack Russell Terrier originated in England during the early 1800s, and they were used mainly for hunting small game. Because of their compact size, these dogs could conveniently fit in small terrier bags on horseback, allowing them to ride alongside the hunters. Whenever they would reach the fox holes, hunters would send these terriers in to flush out the animals.

This breed is named after Reverend John “Jack” Russell, who was an avid hunter—he was also known as “The Sporting Person.” His milkman’s dog, a small white terrier with dark spots, caught his attention, and he ended up purchasing this pup. Named Trump, this little dog became the foundation for the present-day Jack Russell Terrier breed.

Over time, this breed made their way to “the Land Down Under,” where Australians continued to develop the breed. By the 1930s, Jack Russells began to acquire fans in the United States, and as a result, their population in the States increased.

By the time World War II ended, the need for hunting dogs had continued to decline, and more people looked to Jack Russell Terriers for a companion or family dog.

Many characteristics of the Jack Russell Terrier help them be better hunters. For instance, their white coat distinguishes them from the brown-coated animals they are chasing. Their high energy and assertiveness allow them to pursue an animal while leaving it unharmed.

Jack Russell Terriers are small but sturdy dogs. They also have an impressive amount of muscle in their compact bodies, so don’t underestimate their strength and stamina. Before adopting a Jack Russell Terrier, it is critical that you first learn what to expect if you will be living with and taking care of a dog of this breed. Common questions about this breed include:

How Big Do Jack Russell Terriers Get?

On average, Jack Russell Terriers weigh between 13-17 pounds, and they stand 10-15 inches to their shoulder in height. Though these are the expected sizes for these terriers, each dog is unique and may be larger or smaller than what is typical.

How Long Can a Jack Russell Terrier Live?

The average life span for a Jack Russell Terrier is 13-15 years. However, a dog’s life expectancy can be affected by numerous factors, including their diet, exercise routine, living environment, and whether they have any existing health issues.

Is a Jack Russell Terrier Hypoallergenic?

Unfortunate news for dog-allergy sufferers, but Jack Russell Terriers are not a hypoallergenic dog breed. If you are allergic to pups, this may not be the best breed for you.

How to Entertain a Jack Russell Terrier

It’s no secret that Jack Russell Terriers have an abundance of energy, which means they will require plenty of exercise and entertainment—this is not a breed that will entertain themselves by napping. When it comes to these dogs, it is helpful to think of activities that will provide your pup with entertainment along with exercise.

Walks, jogs, runs, or hikes are prime examples. Not only do each of these provide your dog with necessary physical exercise, but they can keep your dog’s mind (and nose) busy with checking out the new sights, sounds, and smells. Dog agility is another wonderful option.

Games are also quite handy. These can be anything from a simple game of fetch or hide-and-seek, or you can provide them with more challenging brain games and puzzle-like toys.

It takes a lot of work and dedication to raise a Jack Russell Terrier, but it’s always worth the reward in the end—having a four-legged best friend. If you decide to adopt one of these terriers, it’ll be necessary to take life with a grain of salt. These dogs enjoy partaking in activities such as barking and digging, so if you see yourself unable to put up with either habit, then it may be best to consider a different dog breed. 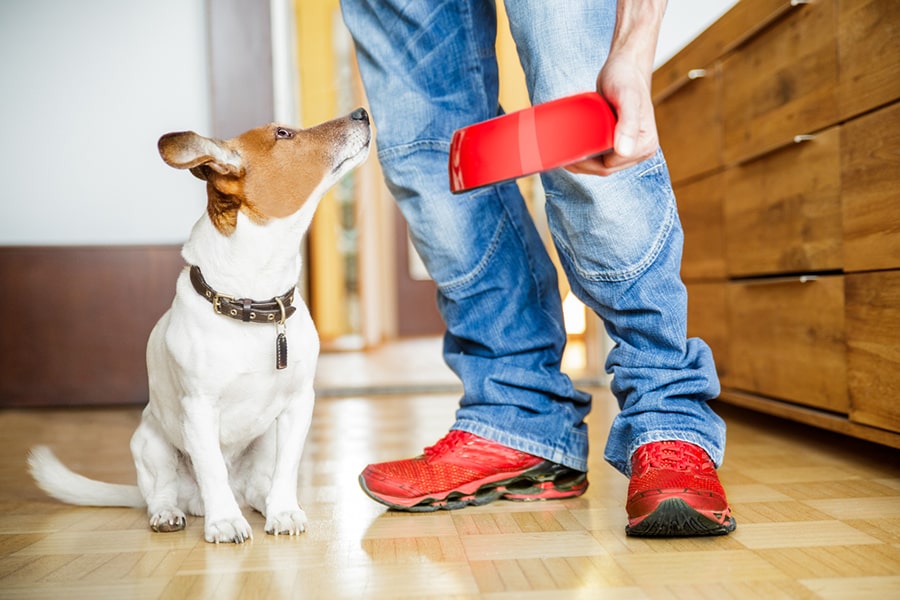 How to Train Your Jack Russell Terrier

One of the key responsibilities of being a Jack Russell Terrier parent is properly training your dog. Training should start from day one, even if your pal is still pretty young. These terriers are intelligent and capable of learning and absorbing quite a bit of information, even at a young age.

Though these dogs are more than capable of learning and being trained, that doesn’t always mean that they are the easiest to train. In fact, Jack Russell Terriers are rather independent, so there’s a good chance that you will be ignored more than once, and your dog will go about with their agenda. Training dogs of this breed takes patience, persistence, and plenty of positive reinforcement.

Due to their difficulty to train, this breed is not recommended for first-time dog parents. Even if you are an experienced dog parent, don’t hesitate to reach out to others for assistance in the training process.

Socialization should also be a priority for Jack Russell Terrier parents. These dogs are already more rambunctious around other dogs, so you must begin socializing your dog with others, beginning at a young age. Great socialization ideas include:

By allowing your dog to become used to new environments, there is a decreased chance of developing anxiety or aggression. In other words, by properly socializing your dog, you can help them develop a calmer temperament and a well-rounded personality.

Whether it be in movies or television shows, chances are you have seen quite a few Jack Russell Terriers on the big screen. Though these dogs may be more difficult to train initially, the payoff is that once they are trained well, these dogs can perform incredible tricks and act right alongside their co-stars.

Some famous Jack Russell Terriers include Moose and Enzo, who both played the role of Eddie in the sitcom “Frasier,” Soccer who played the beloved Wishbone character, Cosmo who appeared in “Hotel for Dogs” and “Paul Blart: Mall Cop,” and Uggie who not only appeared in the film “Water for Elephants,” but also was nominated for an Academy Award and later became the first-ever ‘spokesdog’ for Nintendo.

You may be surprised how much hair a short-coat dog can leave around the house. It is best to brush your dog a few times a week, which helps maintain their coat health and limits how much dog hair gets on your clothes and furniture. Just be sure to purchase the appropriate type of brush or comb based on the texture of your dog’s coat.

Weekly, or more often, you should also brush your dog’s teeth with a dog-safe toothpaste. By frequently brushing your pal’s pearly whites, you can help keep their breath smelling fresh and help limit the chances of periodontal disease.

Every few weeks, you should check your dog’s ears, cleaning them out whenever necessary. If their ears ever appear more red than usual or if you notice a bad odor, it is vital that you schedule them a veterinary appointment as soon as possible—these could be the signs of an ear infection.

Your dog will need their nails trimmed about once a month, though each dog’s needs can vary, so their nails may need to be trimmed more or less frequently. Around every six weeks or whenever you deem that stinky dog smell has become too much, it will be time for your pup’s bath.

Dogs should be introduced to their grooming routine beginning from a young age. Each item should also be made a positive experience with plenty of praise and rewards—this can help your pal become more comfortable with these situations. 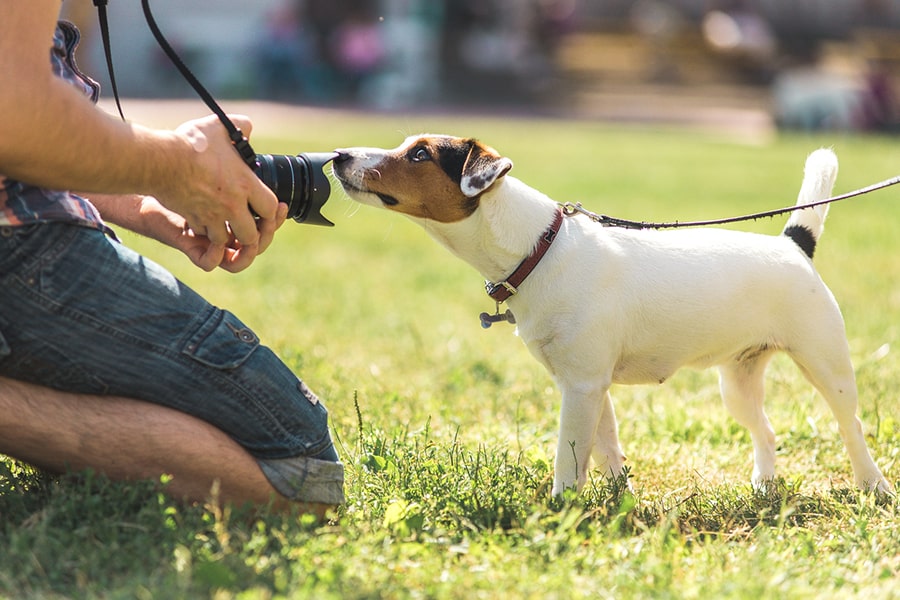 How to Care for a Jack Russell Terrier

Compared to other dog breeds, taking care of a Jack Russell Terrier may sound like a lot of hard work, but at the end of the day, most of what these dogs require overlaps with what is necessary for any dog breed.

Jack Russell Terriers should be given at least 45 minutes of exercise a day, though more is even better. Like other dogs, these terriers must receive a healthy and age-appropriate diet. Jack Russell Terriers also require persistent training and continuous socialization.

It’s important to keep your dog’s natural tendencies and behaviors in mind. This means for your dog’s safety, never letting them off a leash outside unless they are in a fenced-in area, not having them live in a household with small animals, and giving them plenty of activities or jobs to keep them busy.

Jack Russell Terriers are a relatively healthy dog breed, but they are still susceptible to developing some health issues. According to our claims data,** the top five conditions that affect this breed are:

One of the best ways to look out for your dog’s health is to take them for annual checkups with their veterinarian. Even though once a year is the recommended timeframe for appointments, it is always encouraged to schedule a visit sooner if you notice any concerning behavior or possible health issue. Just like the old saying goes, it is better to be safe than sorry.

Rin Tin Tin made German Shepherds famous, but there are plenty of other reasons to love this loyal and hardworking breed.

All About Mixed Breed Dogs

Mixed breed dogs may look like purebred dogs, but you will be surprised to learn just how many breeds exist in your dog’s ancestry. 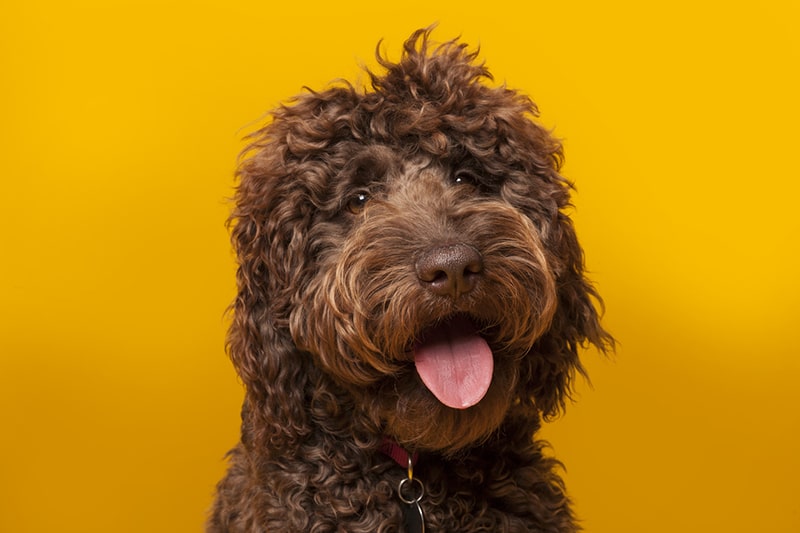 Learn what makes the Labradoodle different from other Doodle mixes and see if they are the perfect choice for your next dog.

title: All About Jack Russell Terriers