Do Vets Ever Give Pets Placebo Pills? 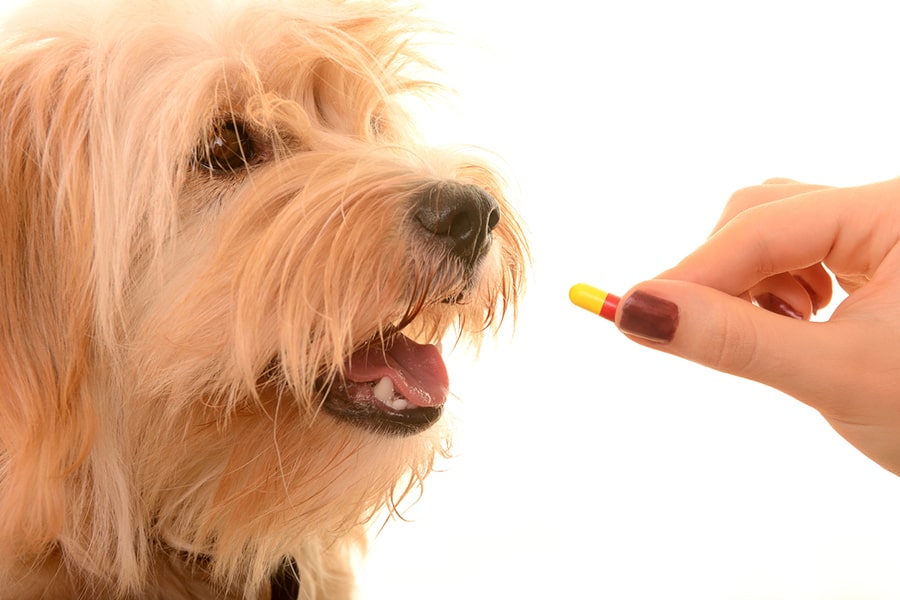 Placebo pills look like real drugs, but they’re actually inactive substances. You may have heard them referred to as “sugar pills.” They don’t address the medical or psychological concern at hand. However, they can help improve symptoms in some situations.

In Latin, placebo means “I shall be accepting or pleasing.” This gets at the idea that taking a placebo will please you and perhaps offer relief even though they’re not designed to manage or cure your ailment.

Doctors used placebos widely up until the 20th century as a means to help their patients. It may seem unethical to fool a patient, but some doctors thought it was better than not offering them any relief at all.

Today, placebos are often used in clinical drug trials. In what are called double-blind studies, one group of participants receives the actual treatment and the other is given a placebo. The two groups are then compared to evaluate the drug’s effectiveness.

What Is the Placebo Effect?

Research has shown that taking a placebo can help alleviate certain ailments. For instance, in research on depression and cancer-related fatigue, the symptoms of study participants who received the placebo improved. This is called the placebo effect.

The reason for the placebo effect is not clearly understood. It’s thought that it has to do with the connection between our body and mind. We believe we’re taking something to help us get better, so we start to feel better. This feeling is bolstered by our trust in doctors and general belief that medicine can cure us.

So, are pets ever given placebos? And are they susceptible to the placebo effect? 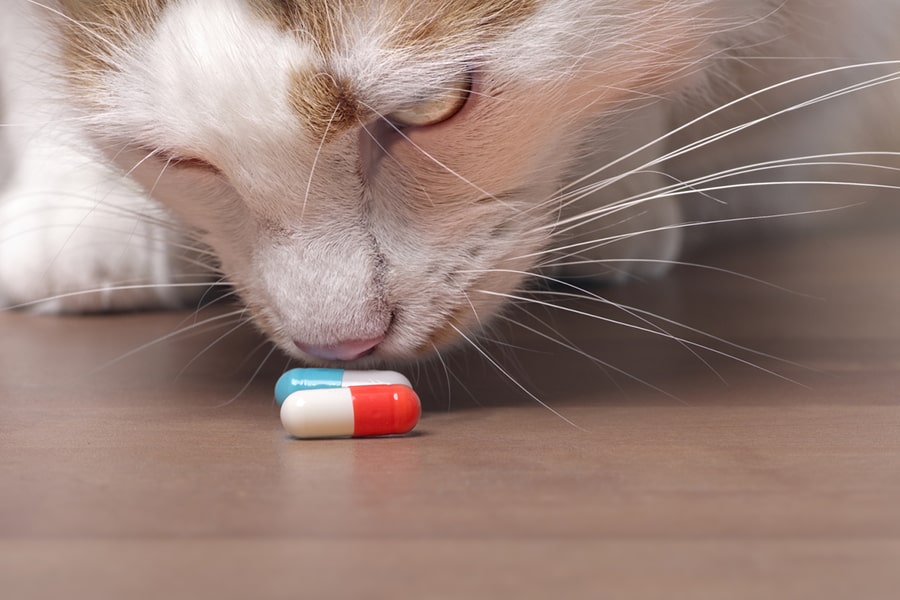 The answer to the question of do vets ever give pets placebo pills is yes. Similar to human clinical trials, veterinary drug studies often rely on placebos. This research has revealed some fascinating results.

Separation Anxiety and the Placebo Effect

In a study on separation anxiety in dogs, there were two groups of canine participants. One received a drug to alleviate the stress they felt when they’re dog parents left the room. The others were given a vitamin, which served as the placebo.

The vitamin and drug were given to the dogs in a ritualized way—always wrapped in liverwurst and followed up by a misting of their paws and muzzles. After some time passed, both groups were given the placebo using the same regimen.

Remarkably, the dogs who had received the actual drug continued to feel less stressed when their dog parent walked out the door. They likely made a mental connection between the ritual of taking the pill and the state of relaxation it gave them.

This study showed that the drug was working. More interestingly, it demonstrated that dogs could switch to a placebo at some point as long as it was given in a specific way. This is great news since medications are often expensive. Plus, there’s always concern over giving dogs a drug over a long period of time.

Pet insurance can reimburse you for prescription medications used to treat covered conditions, including behavioral issues like separation anxiety. Get the facts on pet insurance.

Why Do Pets Experience the Placebo Effect?

We don’t have a deep understanding about what goes on in the mind’s of our pets. We can pick up on some things based on their behaviors, but they can’t tell us what they’re thinking or feeling. However, we can take some educated guesses as to why placebos can help them.

In the study on separation anxiety, the placebo effect likely happened because of the regimented way the drug and placebo were given to the dogs. Another possible reason is that some illnesses, such as epilepsy, have symptoms that go up and down. Study participants may have started taking the placebo when their symptoms were naturally declining.

There’s also something called the caregiver effect that was highlighted in a study on cats with osteoarthritis. There were three phases to this study:

During the second phase of the study, all of the cat parents noted improvements for their arthritic kitties whether or not they were taking the real drug or the placebo. In the third phase, the cat parents whose cats never received the drug noticed a worsening of symptoms.

Similarly, dog parents in research on canine epilepsy reported fewer seizures although their pups were taking the placebo. There was also a study on arthritis in dogs where dog parents believed their best friends were getting better after taking a placebo although clinical evidence clearly indicated this was not the case.

All of this can lead to inaccurate reporting of their pet’s situation. It’s also important to note that it can be tricky to decipher a pet’s symptoms. Our pets can’t explain what’s going on for them, so we have to pay close attention to what can be subtle signs of illness.

For instance, drooling can be a sign of a seizure in an epileptic dog. A dog parent may need to decide whether their dog drooled because they were excited about a meal or due to a seizure. A dog parent who thinks their pooch is taking a drug to help their eplilepsy might more easily chalk it up to the former.

People also tend to shift their behavior when they know they’re being observed. Pet parents may be more diligent about following their pet’s medication regimen during a study. Additionally, they may be giving their pet more focused attention than usual, and they might notice things they wouldn’t normally see. Plus, that extra love and care could help their pets improve.

Alternative Therapies and the Placebo Effect

Altnerative therapies are available for pets to treat the symptoms of various injuries or illnesses. These therapies include chiropracty, hydrotherapy, physical therapy, acupuncture, and stem cell treatment. But do they really help pets? Or is something like the placebo or caregiver effect happening?

It’s easy to see how something like physical therapy can help pets gain mobility back after an injury. Or how hydrotherapy might soothe and strengthen a pet with joint disease. However, it’s less straightforward when it comes to treatments like acupuncture or an injection of stem cells.

If you’re considering an alternative therapy for your pet, disuss it with your veterinarian first. They can help you understand the science behind these treatments and decide if it could benefit your pet.

If your veterinarian recommends an alternative therapy to treat a covered condition, you can get reimbursed for it with pet insurance. Find out more about what’s covered.

Before bringing your new puppy home, there is a lot of work to be done. Learn what to expect from your new, little, four-legged friend and roommate. 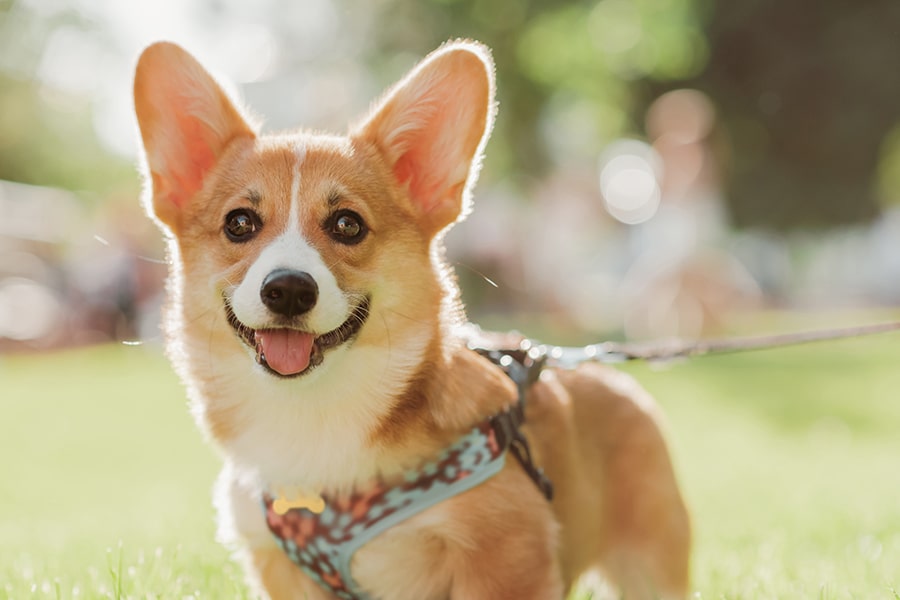 There are plenty of eco-friendly pet care products now available. Anything from cat litter to dog food can help make a difference for the environment. 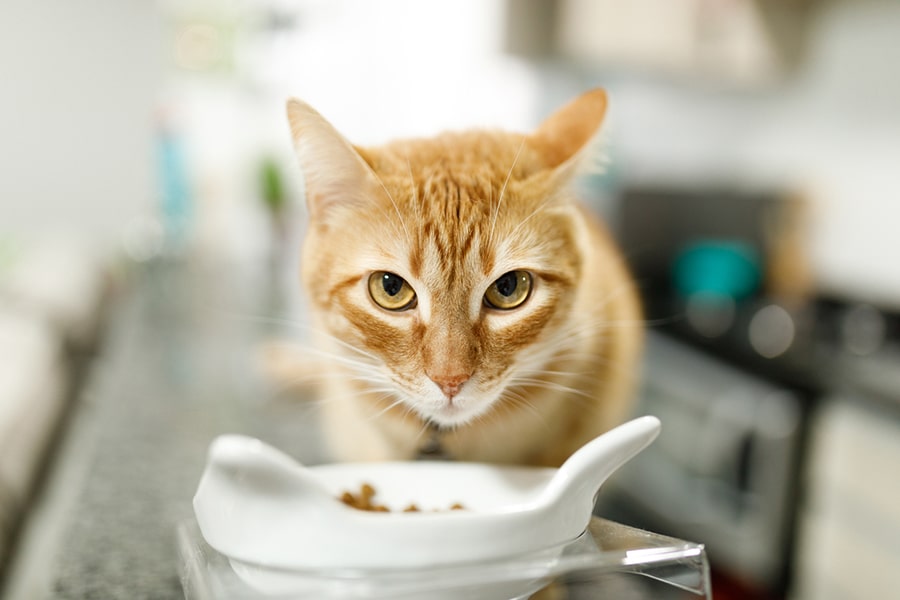 What Goes on in a Cat’s Mind?

It’s a mystery for sure, but we can make some assumptions based on their behaviors.

title: Do Vets Ever Give Pets Placebo Pills?