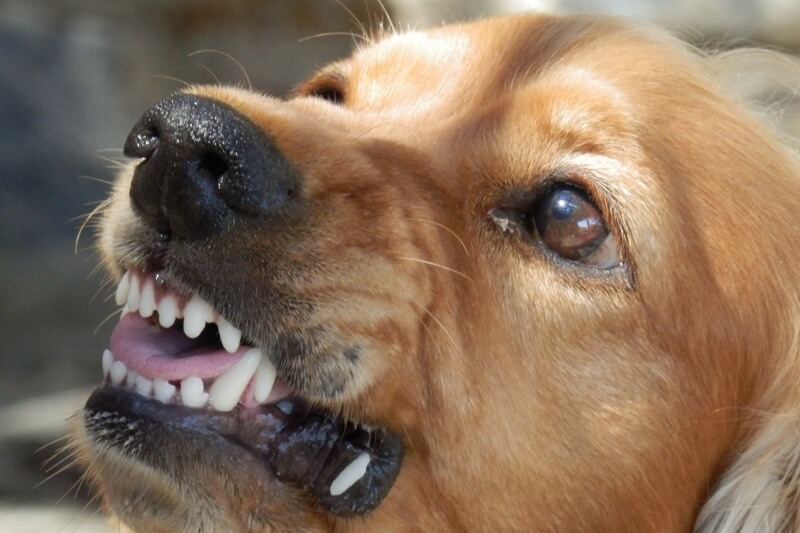 There’s no need to worry about rabies these days, right? Wrong.

Rabies is a deadly disease that kills thousands of people worldwide every year. In the United States and Canada, it is most prevalent in wild animals that can bite and infect our pets who can then transmit the disease to us. It is fatal once the symptoms begin and the symptoms are horrid. This makes vaccination for rabies of the utmost importance.

The Danger of Rabies

When you think of rabies, you probably think of terrifying images of rabid animals acting erratic and foaming at the mouth. You might also think that rabies isn’t something that could affect you or your pet. However, this contagious, viral disease is a health issue that all pet parents need to take seriously. It is so serious that most states require rabies vaccination for pets.

Foxes are next accounting for 4.1% of reported cases of rabies. The numbers also vary by geographic area. For instance, rabies seems to be transmitted most often by raccoons in the eastern states, skunks in California and the Midwest, and foxes in Texas and adjacent states.

All of these animals can come into contact with your pet in your backyard, while walking on wooded pathways with your dog, or even inside of your home. Unlike healthy wildlife, rabid animals can be aggressive and often won’t hesitate to approach you or your pet. 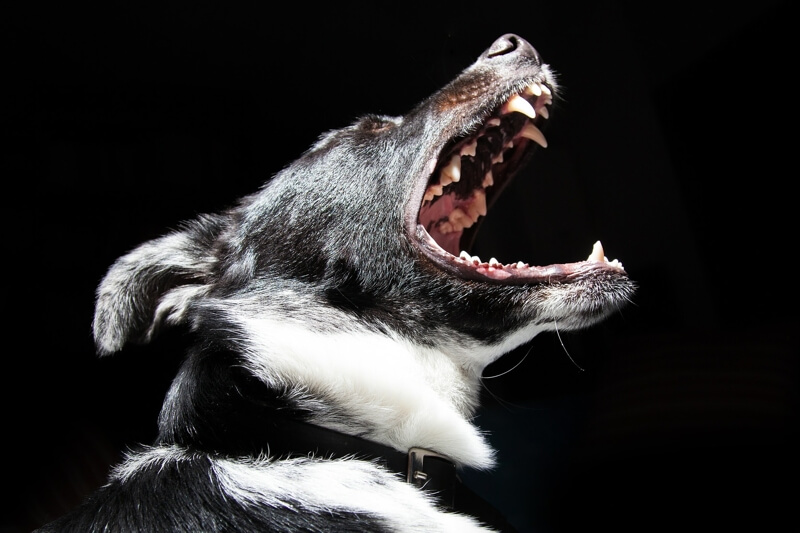 While death from rabies in the United States has declined due to rabies vaccination for pets, it is rampant around the world especially in Africa and Asia. The CDC states that more than 55,000 people die from rabies globally every year. That’s a staggering rate of one person every 10 minutes.

This situation is due to a dire problem with uncontrolled rabies in dogs and compounded by a lack of access to appropriate medical care. Tragically, the group most at risk for rabies in these areas is young children. The World Health Organization (WHO) reports that 40% of individuals bit by rabid dogs are under 15 years of age. Children are also susceptible to multiple bites, which can make treatment even more difficult.

To help fight against this growing problem, the CDC established World Rabies Day in 2007 on September 28. The goal of World Rabies Day is to promote awareness and improve efforts to prevent and control the disease around the world. Canine rabies causes needless suffering for children, adults, and dogs but it can be 100% prevented through vaccination. 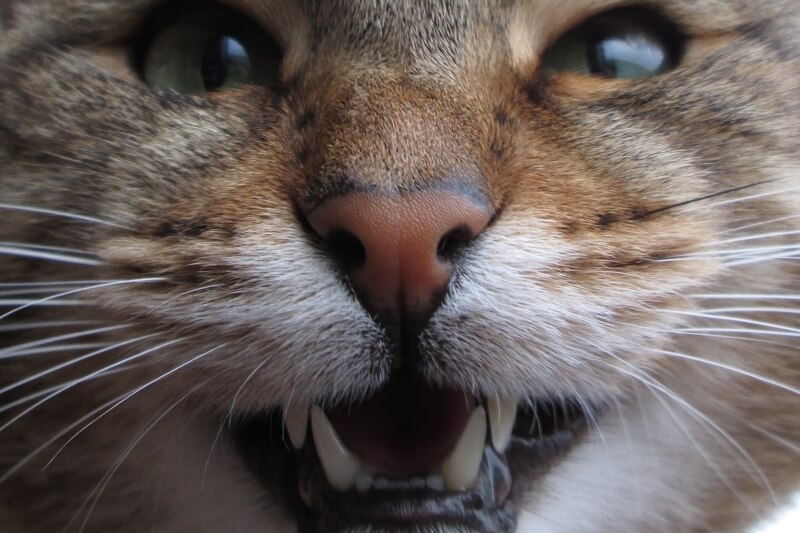 You might be surprised to know that rabies is more prevalent among cats than dogs in the United States. According to the CDC, there were more than four times as many rabid cats than dogs reported in 2014. One explanation for this is that cats are less likely than dogs to be taken to the veterinarian for regular visits where rabies vaccinations can be kept current.

People who keep their cats inside might also think they don’t need to vaccinate for rabies, but this is not true. Indoor-only cats can slip outside when visitors are coming in or out of the house, through a broken screen, or out of a door or window left open accidentally. Once they are outside, they can come into contact with wild animals that carry deadly diseases like rabies.

Additionally, indoor-only cats can contract rabies from an animal that unexpectedly gets into the house. For instance, wildlife can come down an open chimney flue, sneak in through a broken screen, or get in through holes around the outside of your house. Bats also tend to roost in attics or fly in through open windows, putting everyone in the home at risk. 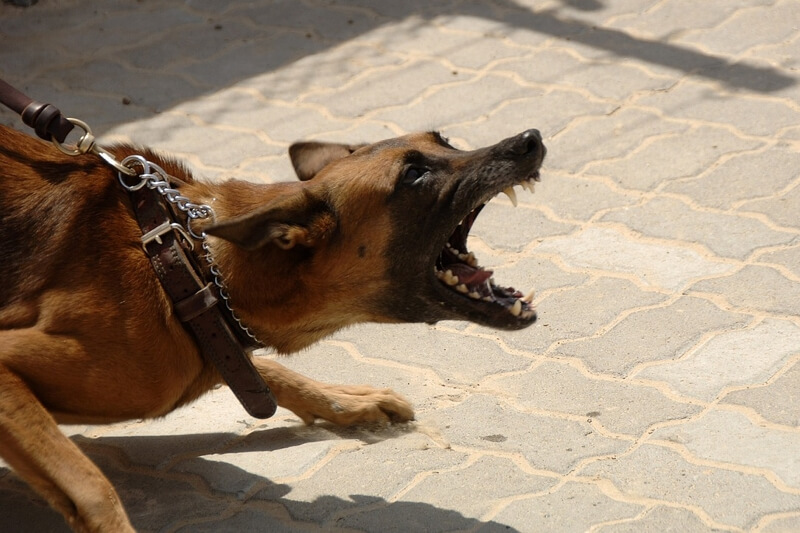 How Rabies is Transmitted

The rabies virus is transmitted through the saliva, which most often enters the victim through a bite. It can also be passed through an open wound or membranes like the eyes or mouth.

When a person contracts the rabies virus, it can be treated as long as the appropriate care begins immediately. This treatment consists of a series of injections given in the upper arm. Injections for rabies were once given in the stomach, but now this injection is no more painful than a flu shot. 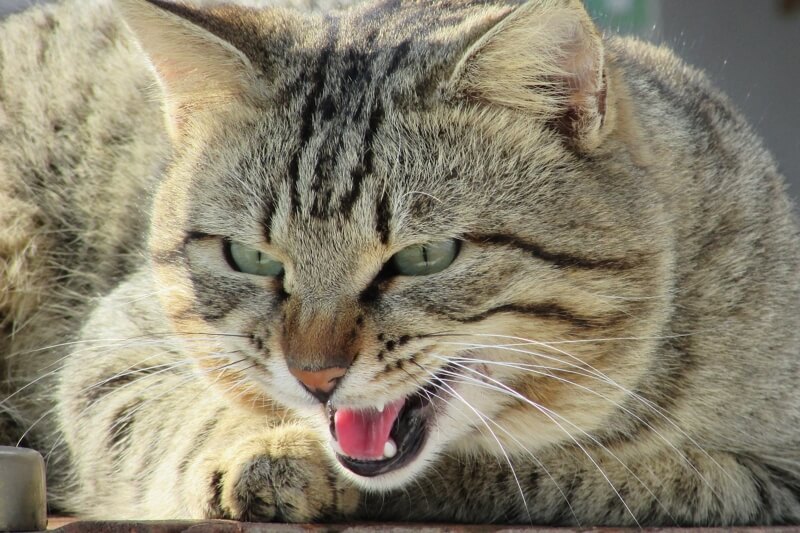 Rabies symptoms in humans are horrifying especially as the virus progresses. Initial symptoms can include headaches, fever, agitation, and weakness, but soon more serious symptoms will appear. Signs of rabies in animals include:

The end stages of the virus are paralysis, coma, and death. Unfortunately, an animal with rabies will die soon after the symptoms begin to appear. 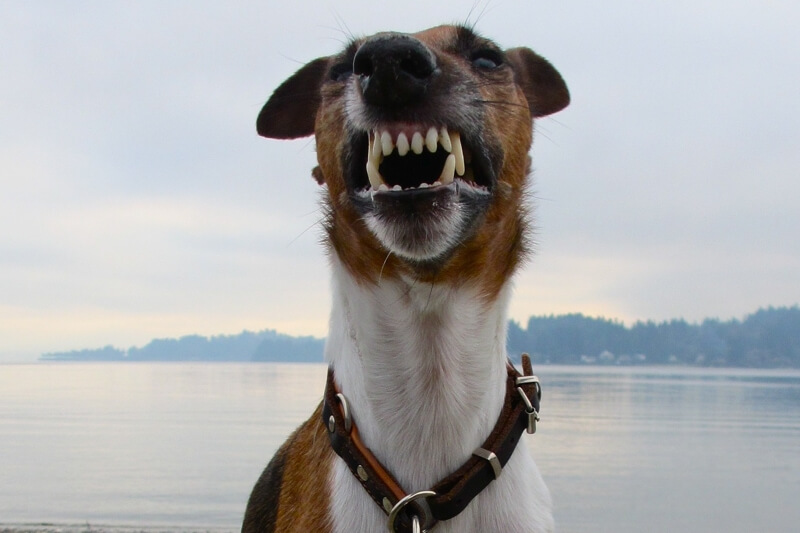 The only way to definitively diagnose rabies is by testing the brain tissue for the virus after death. If an animal is suspected of having died from rabies, the CDC recommends sending the brain to a laboratory where it can be tested to confirm the diagnosis.

While the thought of this kind of testing can be horrifying to a pet parent, it is important to help determine any actions that might be needed to protect other animals and people from potential exposure. It also enables researchers to define patterns of the disease that determine rabies prevention programs. Remember too that risk of rabies can be easily avoided if you vaccinate your pet.

Vaccinating your pet is the absolute best form of rabies prevention, which is why it is required in most states. The schedule for this vaccine can vary depending on these state regulations, but it is typically given when dogs or cats are around 12 to 16 weeks old and then again when they are one year of age. Revaccination should occur every three years. It’s important to visit your veterinarian annually to make sure your pet’s vaccines are kept up-to-date.

In addition to vaccinating your pet, these eight ideas can help protect you, your pet, and your family from rabies:

If you see an animal acting strangely, such as appearing erratic, aggressive, or unafraid of coming near you or your pet, you should stay away from them and contact your local animal control department to assess the situation. Never try to approach or capture the animal on your own. 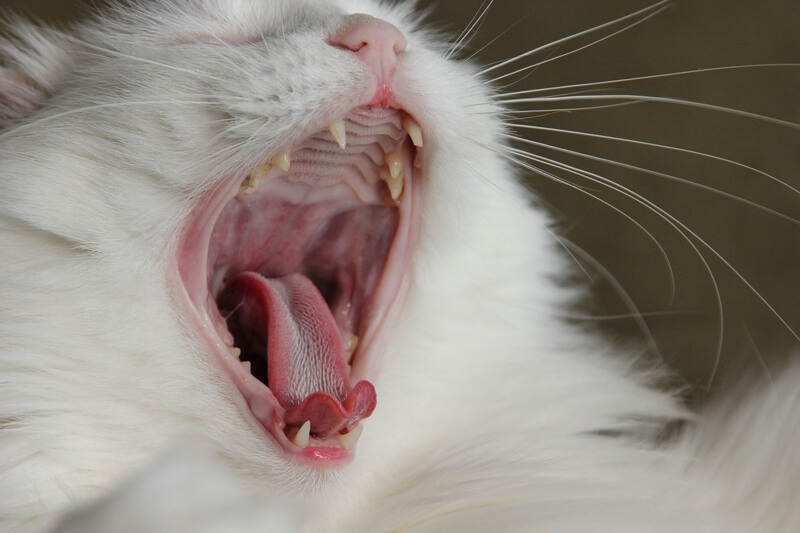 What should you do in case of a bite?

If an animal bites you, stay calm and wash the wound thoroughly with soap. Call your doctor as soon as possible for treatment recommendations. It is essential that you seek medical attention immediately. Don't ignore the bite since the animal could have rabies or other diseases that may need treatment.

If you suspect a rabid animal bit your pet, contact your veterinarian right away and follow their instructions. Dogs who are up-to-date on their rabies vaccination will typically be given a booster shot and observed for 45 days. Keep in mind that the rabies virus can live on your pet’s skin for a couple of hours, so use gloves and protective clothing if you need to handle them.

The CDC recommends euthanizing pets who are not vaccinated. If the pet parent is not amenable to this option, the pet must be quarantined for six months. If rabies symptoms start to show, the pet will need to be euthanized. Pets who have expired vaccines should be evaluated on an individual basis by their veterinary team.

The consequences of rabies from the horrifying symptoms to death from the disease or euthanasia are heartbreaking, but they can be avoided with a simple vaccination. An ASPCA Pet Health Insurance plan with optional preventive care includes coverage for vaccinations as well as a yearly exam, health screenings, dental cleanings, and more. It can also help you manage the costs for treating injuries, including bite wounds. Get a free quote for your pet now. 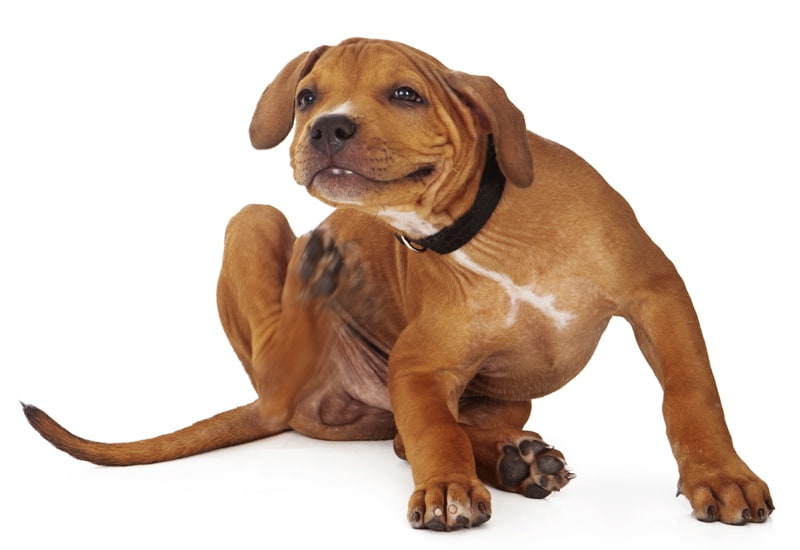 Here’s what you need to know about the top skin problems in dogs, including signs and types of treatments. 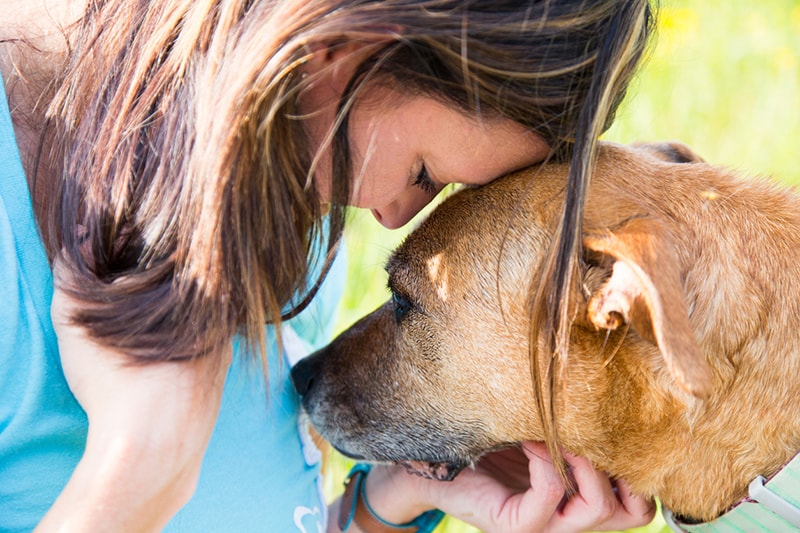 Grieving the Loss of a Pet

Get tips on dealing with grief after the loss of a pet. 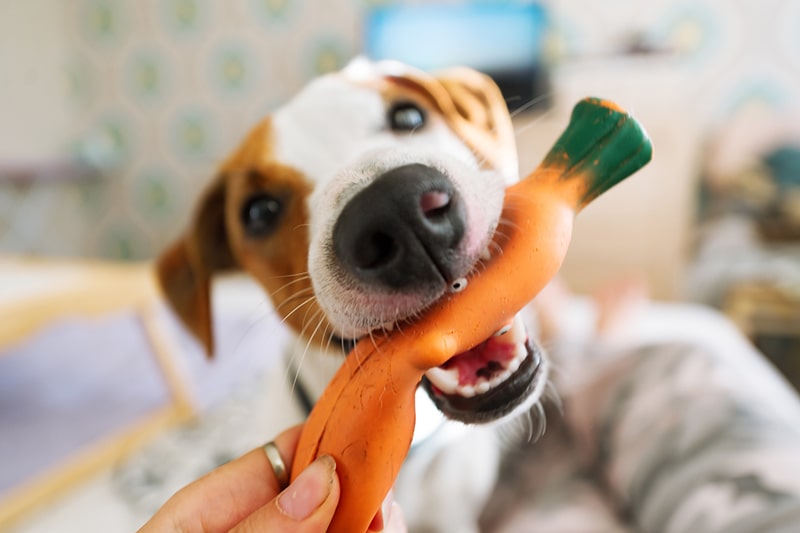 Veg Out with Your Pet

The go-to guide for sharing fruits and vegetable with your pet.