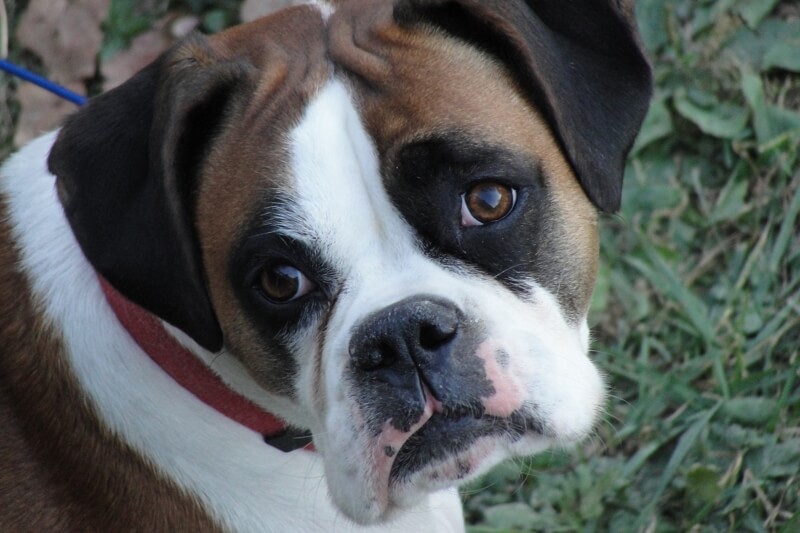 From their silly antics to snuggle bug tendencies, Boxers have become one of the most popular dog breeds in America. With a distinct build and highly recognizable face, the breed is a hard one to forget.

Even though many people fall in love with Boxers for their wrinkly faces and droopy jowls, their personalities make it nearly impossible not to be impressed by a Boxer dog. Playful and clever, Boxers are patient with children and protective of their loved ones, making them a popular choice for families. They have an above average IQ, are extremely athletic, and while they love exercise and physical activity, they’re no strangers to the sofa. 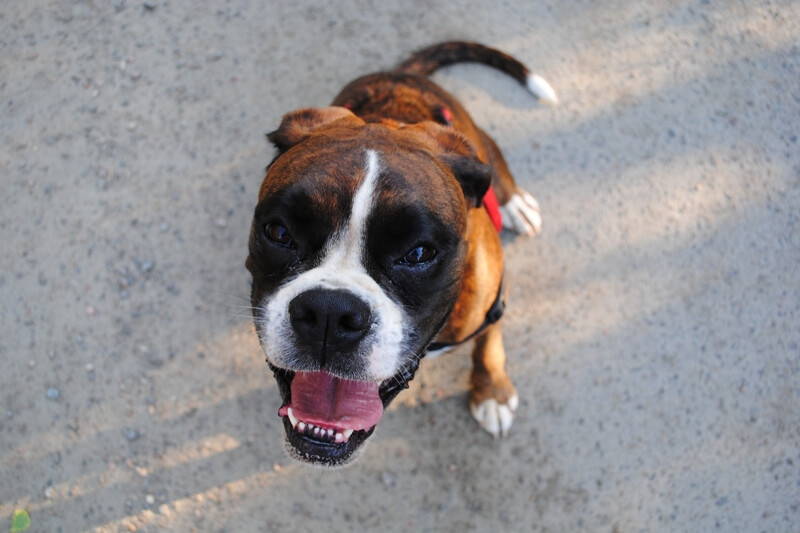 Bred for hunting and working, the Boxer is a distinct breed that originated in Germany in the late 19th century. A member of the bull breeds, Boxers haven’t been around long, but characteristics of Boxers have been represented on tapestries that date as far back as the 16th century. These characteristics were most likely seen in the now extinct breed known as Bullenbeissers, which were used to bring down large game and to keep an eye on the livestock.

The Boxer breed that we are most familiar with began with a man named George Alt. Living in Munich, Alt imported a Bullenbeisser from France. The dog’s name was Flora, and her offspring were the beginning of the modern Boxer dog.

The breed name, Boxer, has two possible origins. There’s a chance the name is drawn from Bullenbeisser or, it’s speculated, the breed earned the name due to their propensity for using their front paws to “box” each other. While no definitive history of the name exists, the former, while not as fun, is more likely than the latter explanation. But, if you’ve ever seen a Boxer dog play with another dog or their pet parent, you could see why Boxers would be called Boxers – even if it’s more myth than fact, the name is fitting. 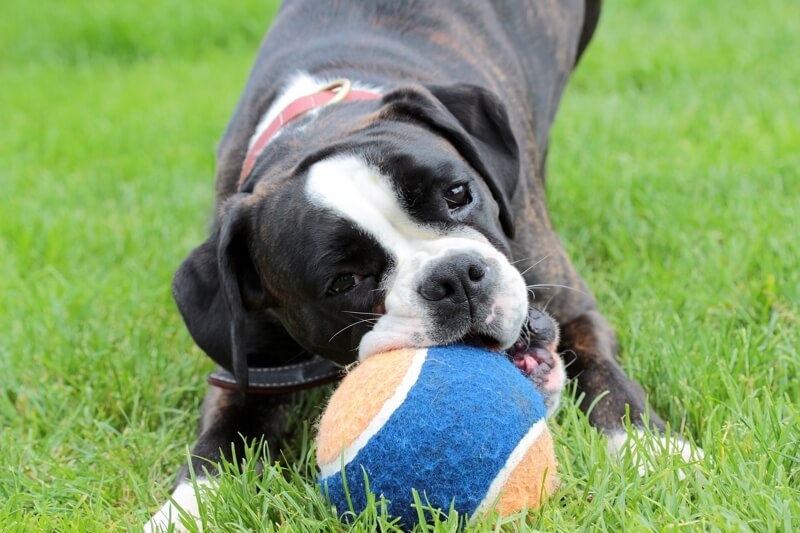 While the breed is barrel-chested and athletic looking, perhaps the most distinguishing feature is the shape of their head. With a snout about half the length of the skull, coupled with some wrinkly jowls, the head of the Boxer served them well when hunting – mainly to breathe while holding on to prey until their owners arrived.

Boxers have a sturdy build and muscular body, weighing anywhere from 50-70 pounds and standing 21-25 inches tall, with the female members of the breed being significantly smaller than their male counterparts. Boxers come in several colors, including brindle, tan, black, and even white.

Unlike other breeds, the color white in Boxers doesn’t mean they’re albino nor does it indicate a genetic mutation. White Boxers are white because that’s their color – no other reason. However, like most white-coated animals, white Boxers do run a higher risk for deafness. There are no indications, other than the increased risk of deafness, that white Boxers are more prone to other types of health concerns or temperament issues.

Often described as “clownish,” Boxers have a ton of energy and require a lot of exercise. A good outlet for the breed’s energy is to play fetch, go on long walks, and try some agility training. Giving a Boxer the exercise and energy outlets they need can go a long way toward having a well-behaved pooch. Conversely, a Boxer with high energy but no outlet can go from clownish to destructive. This, of course, can be avoided with plenty of stimulation and activity – which are also great ways to form a bond with these playful pups.

There’s a lot to love about Boxers, but some of their less desirable features include snoring and excessive drooling, which, in its own way, can be slightly endearing even if a little gross. And despite these less than desirable traits, celebrities like Hugh Jackman, Cameron Diaz, Justin Timberlake, Ryan Reynolds, and others are all proud Boxer parents.

Boxers, like most dogs, also need regular nail trims, teeth brushing, and an occasional ear cleaning. Your veterinarian can recommend an ear cleaning solution. And, remember: use a cotton ball to wipe the ear clean and never go down deeper than your first knuckle. Also, avoid using cotton swabs. They can actually push dirt and debris further down into the ear.

Oh! And those wrinkles – make sure to clean them out with a damp towel to help avoid any possible infections.

Have you been thinking about getting health coverage for your pet? Get a personalized quote for an ASPCA Pet Health Insurance plan and learn how you can focus more on care, less on cost when it comes to your pet’s health. 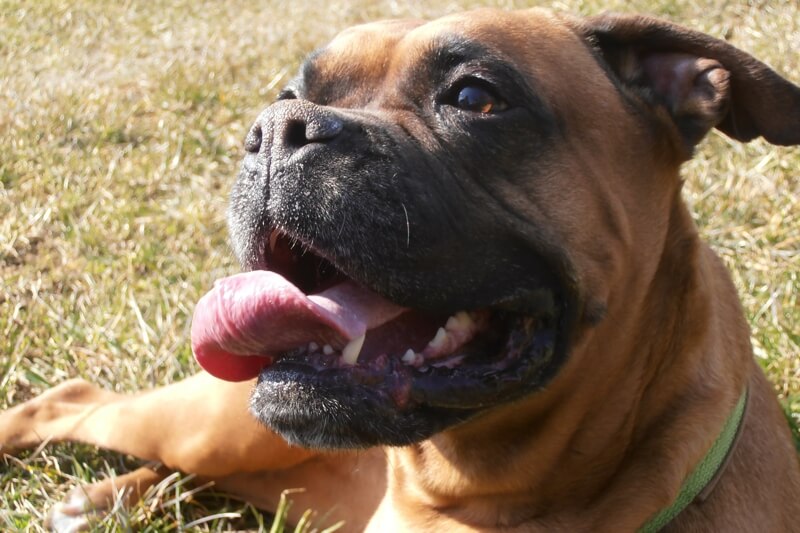 Boxers have been described as mischievous, sneaky, and headstrong – and if you’re a pet parent, you already know that these are just fun ways of saying: “Some training required.” On average, it takes a Boxer about three years to reach full maturity. That’s a rather prolonged stage of puppyhood, but with proper training and exercise, these loveable goofballs can develop into the ideal companion.

Because of their high IQ, Boxers respond well to firm but fun training, and it’s best to get started early with these pups. When training a Boxer, it’s important to keep a few things in mind:

One effective and positive approach is clicker training—it can even be a bonding experience for you and your pup! Check out these 10 tips to get started 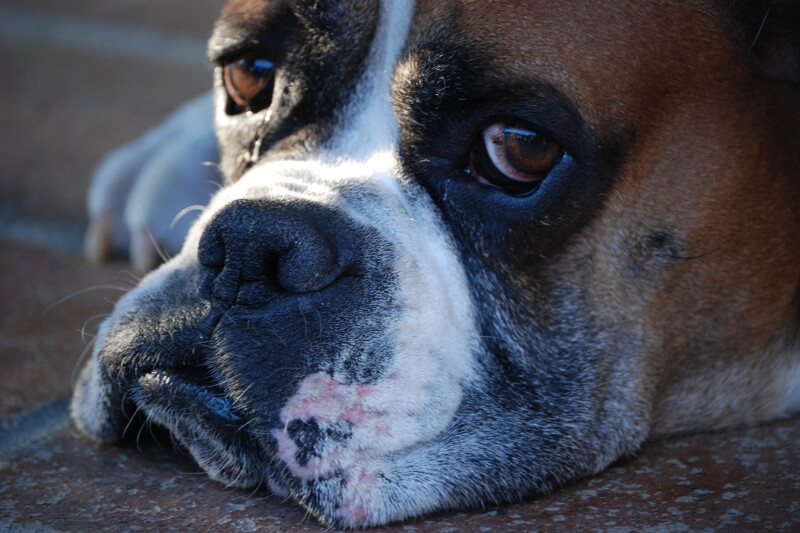 Boxers are generally a healthy and hearty bunch, but like any breed, they are prone to certain health conditions. While you can’t predict potential health concerns, it is good to know about the ones your pal may be predisposed to, so you can be aware of early symptoms.

Some of the more common health concerns often seen in Boxers include:

Looking into additional ways to help protect your furry family members? From routine appointments to emergency visits, an ASPCA Pet Health Insurance plan can help you with the cost of pet care. Get a free quote now! 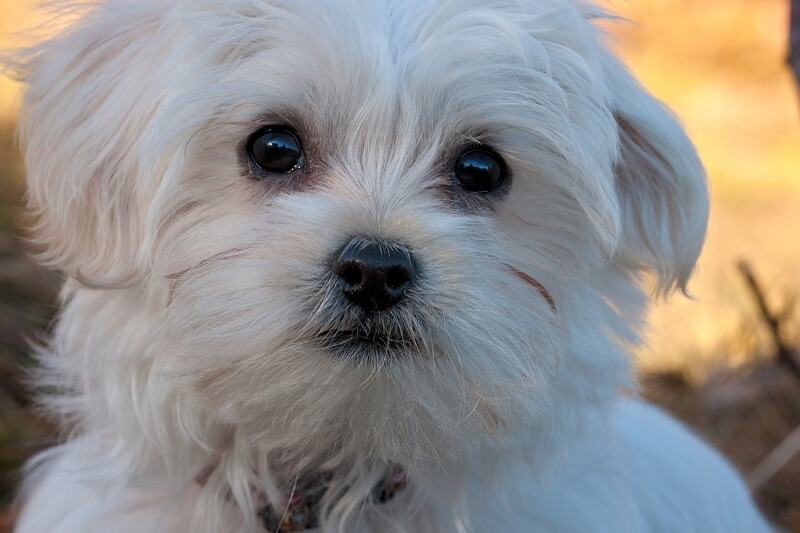 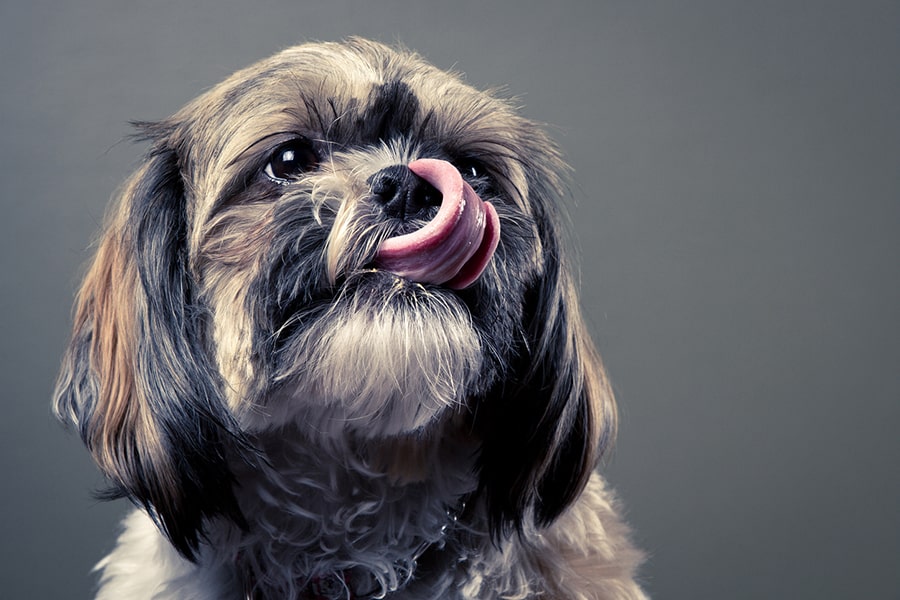 From an interesting history to a unique coat, there’s much to learn about the one-of-a-kind Shar-Pei before adopting one for yourself.