How Were Cats Domesticated? 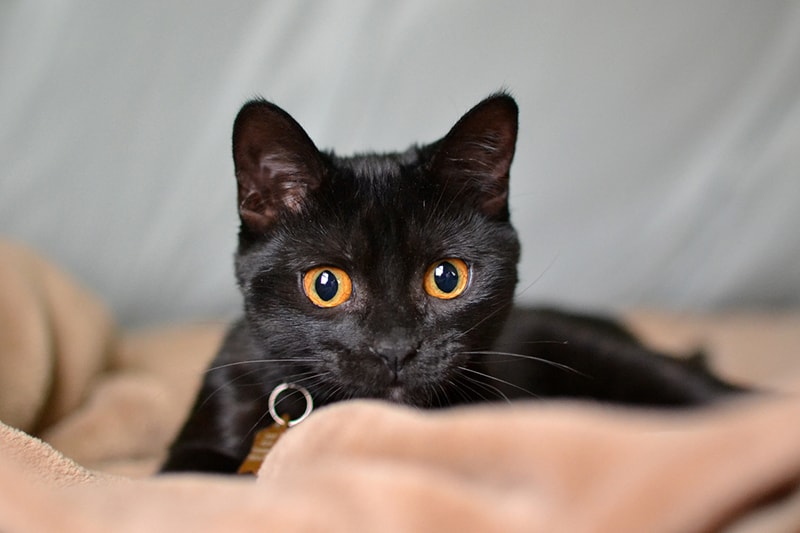 It looks like our feline friends chose us rather than the other way around. That's really surprising considering their notoriously independent natures.

Genetic research published in Science found that all domestic cats (Felis catus) can be traced back to a wildcat in the Middle East called Felis sylvestris, which means cat of the forest in Latin. These wildcats can still be found in Africa, southern Asia, and Europe. This same research also revealed that cats were likely domesticated in the Near East around 12,000 years ago.

Dogs were domesticated thousands of years before than cats. Learn how dogs evolved from wolves..

How Did Cats Become Domesticated

So how did cats become our purring feline friends? Perhaps a kind-hearted hunter came across a lonely litter of kitties mewling in the forest and brought them home. While this makes for a sweet story, it doesn't synch up with what really happened. For thousands of years, cats had no real need for humans—and vice versa—so we generally went our own ways.

But that changed as we began settling down into flourishing agricultural communities in an area called the Fertile Crescent, which stretches from the Nile River to the Tigris and Euphrates rivers. There humans were able to grow and store plentiful amounts of grain. And all of that grain began to attract mice. Lots of mice. These mice, in turn, drew cats who were pleased to discover an abundant and relatively easy to hunt food source.

This was the beginning of a mutually beneficial relationship between cats and humans. Our storehouses offered cats plenty of prey, and we got an effective means of controlling the rodents who were destroying our grain. We appreciated this ability so much that we began bringing cats on board the ships that transported grain and other products. This explains how cats spread from the Near East to all corners of the world. 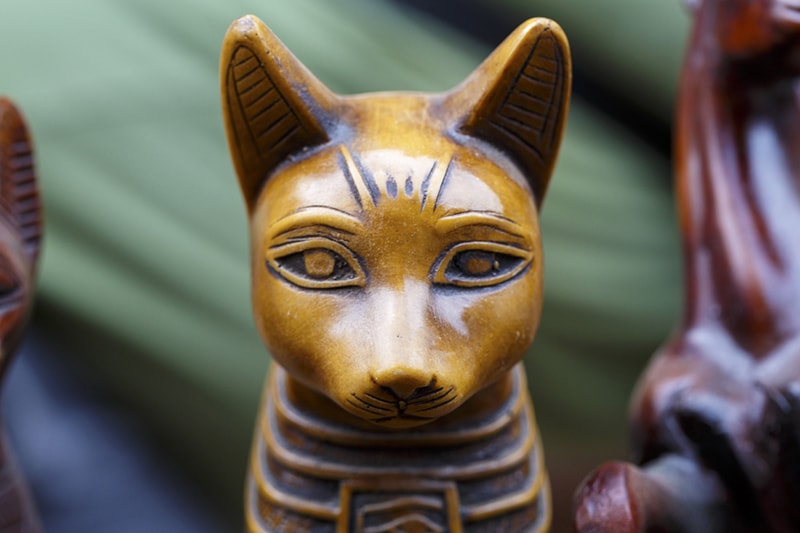 Cats as Deities and Demons

The Ancient Egyptians were enthralled with the cat’s ability to keep them safe from rodents, snakes, scorpions, and other dangerous critters. They were so enthralled with cats that they took them into their homes and thought of them as part of their families. They also worshipped a feline deity named Bastet who was the goddess of family, love, and fertility.

The close relationship Egyptians had with their cats is evidenced by the tough laws regarding their treatment. For instance, causing a cat to die was punishable by death. Additionally, Egyptians mummified their cats and entombed them with their families. They even mummified mice to go along with their beloved cats on their journey to the next world. These cat mummies have provided valuable DNA to researchers studying the history of our feline friends.

Egyptians were not the only societies that worshipped cats. India and China had cat fertility goddesses, and the Vikings worshipped Frey, the cat goddess of love and beauty. However, during the middle of the 14th century, cats became linked with the devil. Black cats, in particular, were thought to be evil. It was also believed that witches could turn into cats and sneak into homes to do harm. Fortunately for cat lovers, these myths have gone by the wayside. That said, there are still some folks who will avoid crossing the path of a black cat at all costs

Humans generally liked cats just the way they were, and we did not breed them to excel at specific tasks or have particular traits like we did dogs. Cats developed different features by breeding with other cats in their groups as well as wildcats.

Selective breeding of cats to achieve various looks or temperaments is a relatively new trend, which has become increasingly popular over the last 150 years. This is why cats tend to resemble each other more than certain dogs. For instance, think about the differences between a wrinkly Shar-Pei, tiny Chihuahua, and large Labrador Retriever. While a Maine Coon and a Domestic Shorthair are definitely distinct in size and coloring, they still look a lot like each other. 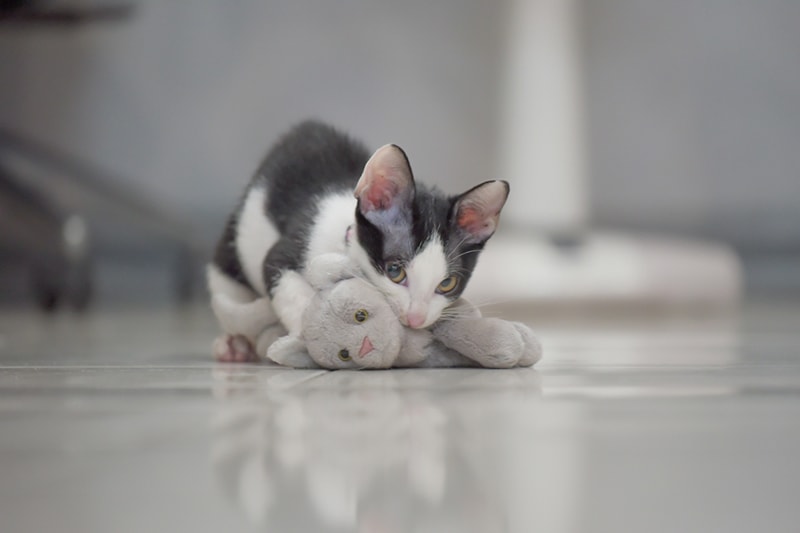 There are certainly some clear differences between cats and wildcats, but they also share some interesting—and amusing—similarities.

While cats still resemble their wild ancestors, they have changed physically after living among humans for thousands of years:

The most obvious temperamental difference has to do with aggression. Wildcats need to be aggressive to capture their prey, fend off other animals, and survive in the wild. On the other hand, our housecats generally have a nice cushy life where they can count on us to protect, feed, and care for them. Cats tend to be calmer, gentler, and friendlier—all of which are traits that strengthen our bond with them.

Their less aggressive nature is linked to a gene mutation discovered by a study published in the Proceedings of National Academy of Sciences of the United States of America. This study also showed gene mutations related to the ability to form memories and learn from negative or positive reinforcement. So yes, it is possible to train your cat. But please, stick to positive reinforcement, like a small treat or praise, only. 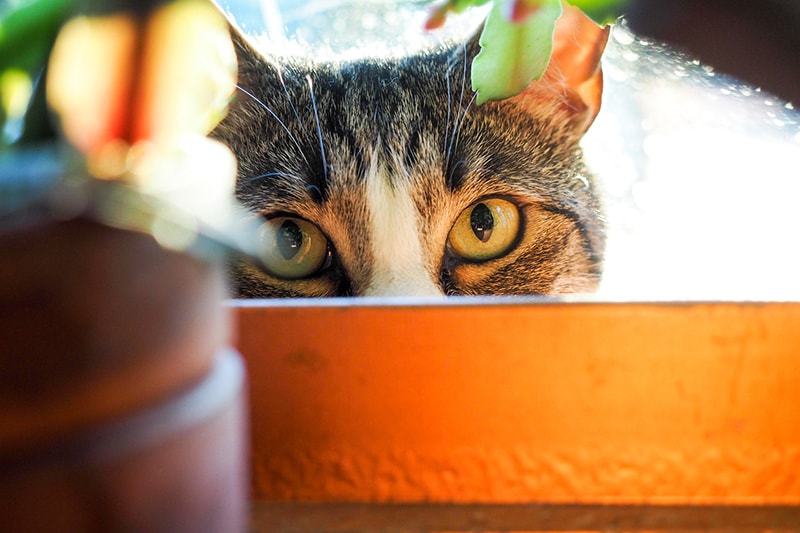 Cats and wildcats have quite a few similar behaviors. For instance, although cats don’t roar, they communicate through vocalizations like wildcats (cats even make some pretty weird noises). They also both sleep a lot—around 16 to 20 hours a day, and they like to hunt and stalk their prey. You can tap into this instinct to encourage your cat to get more exercise by hiding toys or treats around the house for your cat to find. Some odd cat behaviors can also be accredited to their wildcat ancestors. For instance:

Although our cats eat canned food and store-bought treats, they are carnivores. Like wildcats, they need protein from meat to thrive. This can come from all different sources including beef, chicken, turkey, fish, or shellfish. It's important to feed your cat a healthy meat-based diet and keep the treats to a minimum to help avoid obesity.

Customizing cat food with gravy toppers is one of the top trends for cat nutrition. Learn more about top cat food trends.

Wildcats Should Stay in the Wild

This may sound like common sense, but wildcats should not be kept as pets. Although they’re related to cats, they have not been domesticated over thousands of years to be human companions. Unfortunately, some people try to bring wildcats into their homes. Quite often these wildcats are later abandoned when their owners realize they can't control them.

Caring for Your Cat

Unlike wildcats, cats make wonderful housemates! They all have their own personalities—some are loving cuddle bugs who stick by your side while others prefer to do their own thing. In any case, you’ll need to provide your cat with a healthy diet, opportunities to exercise, and great veterinary care. Pet insurance can help you out with that last one. Get a quote for your cat now.

How to Photograph Pets: Tips and Tricks

Up your pet photography games with these helpful tips.

25 Tips for a Clean and Pet Friendly Home

Top tips for cleaning while being a pet parent. 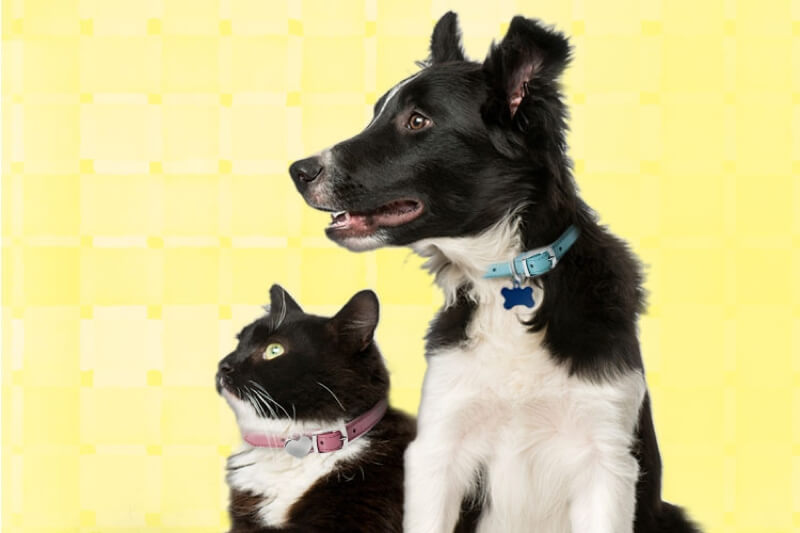 QUIZ: Which Pet is Your Ideal Match?

Your pet match has a lot to do with your personality and lifestyle. Take this quiz to see what pet might be right for you!

title: How Were Cats Domesticated?